BREAKING!! End of the road for Nigeria? – US Govt shot…

JUST IN: Atiku Condemns The Arrest Of Sowore By DSS 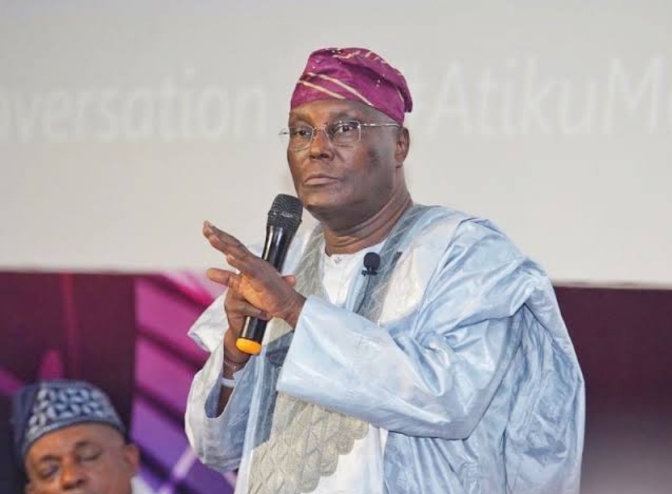 SAHARANEWS – Candidate of the Peoples Democratic Party (PDP) in the 2019 presidential election, Alhaji Atiku Abubakar has reacted over the arrest of the convener of #RevolutionNow protest, Omoyele Sowore.

SaharaNews had reported that security operatives suspected to be from the Department of State Services (DSS) arrested the former presidential candidate, Omoyele Sowore, over the planned Aug. 5 protest.

Sowore, who is also the publisher of Sahara Reporters, was arrested early Saturday.

The publisher posted a distress tweet around 1:25 am, saying “DSS invades Sowore’s.”

Reacting over the arrest, Atiku said freedom of speech was not only constitutionally guaranteed but remains a substructure of democracy.

He tweeted: “Freedom of speech is not only constitutionally guaranteed, it is the substructure of our democracy. These kidnappings in the guise of arrests stands condemned.”