2023: If Anything Happens To Peter Obi, Nigeria Will Suffer… 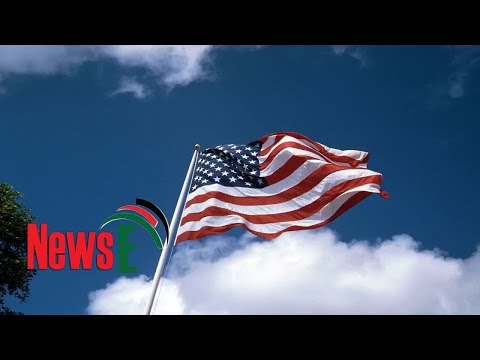 The United States of America has warned its citizens in Nigeria to be conscious of threats of attacks by members of Boko Haram and ISIS West Africa.

In a statement on its website in Nigeria on Friday, the US said the insurgents had threatened to attack public places.
But the Nigerian military has said it is not aware of any possible threat to the country’s upcoming general elections by Boko Haram and its ISIS collaborators.

Also, the police said they were ready to neutralise all security threats.

ALSO READ:  Russia trying to carry out a 'permanent solution' against Ukraine — Zelensky

The US said although it did not have information on whether such attacks were targeted at its embassy or not, it advised its citizens to review their movements and keep a low profile.
It stated, “There is an increase in ISIS propaganda videos specifically directed to Nigeria and the ongoing civil unrest in Borno State and the North-East.

“ISIS West Africa and Boko Haram have both stated they plan to disrupt the upcoming 2019 presidential elections by conducting attacks on Nigerian security and infrastructure as well as places of gathering such as markets, hotels and malls.

“While we have no specific threat information to the US Embassy or within Nigeria during the election season, U. citizens in Nigeria should remember to follow personal security precautions on a regular basis.

“Actions to take: Expect additional police and military checkpoints and possible road blocks throughout the country. Carry proper identification, including a US passport with a current Nigerian visa, if needed; exercise caution when walking or driving at night; review travel routes and times to reduce time and place predictability; avoid crowds and demonstrations; be aware of your surroundings; keep a low profile; stay alert in public places, including schools, hospitals, government facilities, places of worship, tourist locations, and transportation hubs.”

The US embassy also advised its citizens to monitor press reports and review their travel advisory for Nigeria.

It’s all about time. The Truth must be revealed, Buhari’s deaths 7th Feb 2017