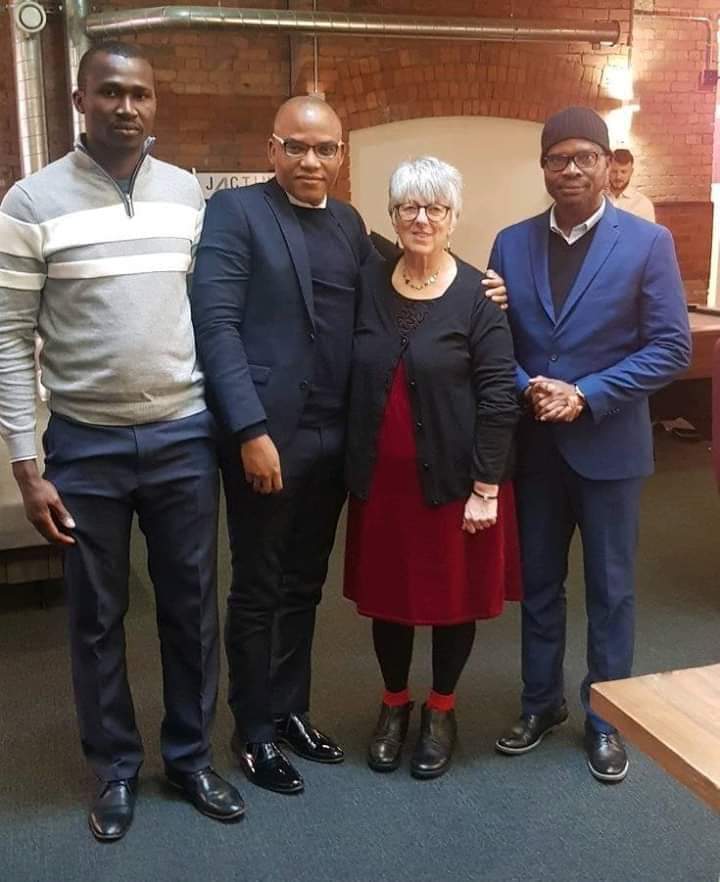 The ledaer of the Indigenous People of Biafra, Mazi Nnamadi Kanu has Visited the BBC office based in UK.

Following his reappearance in Israel and subsequent return to United Kingdom, the leader of the Indigenous People of Biafra, Nnamdi kanu has been solidifying arrangements and making fresh diplomatic moves, lobbying international communities and world leaders to support Biafra independence from Nigeria

Recall, that in 2015 Nnamdi Kanu was arrested by the Nigerian government, detained for over 2years without trial but was later charged for treasonable felony for calling for the independent Biafran state which is seen as a big treat to Nigeria’s existence.

After what many described as government influenced court adjustments he was granted bail on health grounds with very stringent conditions.
However few days to his court hearing Nigerian military invaded his home killing over 30 persons and the whereabouts of Nnamdi Kanu was unknown until his sudden appearance in Isreal.