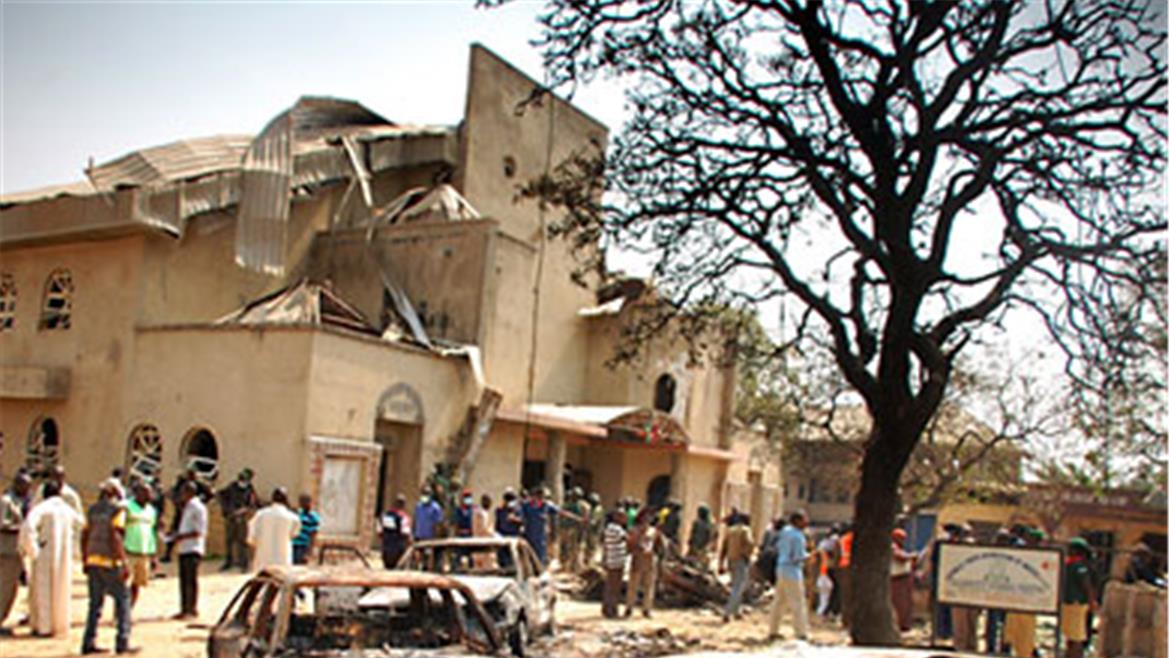 ADAMAWA – Gunmen, said to be in their hundreds, have attacked Bare, a community in Numan Local Government Area of Adamawa State, reportedly razing houses and structures, including a Catholic seminary there.

Witnesses said the attackers were herdsmen, and that this latest incident would be a continuation of past similar attacks over grazing land that made many residents to leave the community.

The Bishop of the Catholic Diocese of Yola, Stephen Mamza said nothing of the identities of the attackers but confirmed
the destruction of the Catholic Seminary, and said security agents did not respond on time to save the day.

The bishop, who is also the Adamawa State chairman of the Christian Association of Nigeria (CAN), said he had been duly informed that the invaders stormed the community in their hundreds and operated for several hours without restraint.

He said, “Our reverend father’s house was burnt and there’s no house around
that area that is standing now. They have burnt all the houses. All my
parishioners have left. Nobody can live there.”

Mamza said the incident was most unfortunate because after a previous attack and people ran away, many of them had returned and rebuilt their houses, but that “the people are now back to square one because their houses have been destroyed completely.”

The Police Public Relations Officer in Adamawa State, Othman Abubakar, said the attackers burnt down several
houses, but did not confirm if the Catholic Seminary was among them.

He explained that the report before him did not indicate the identities of houses burnt, stressing that there was no human casualty.

“There was an attack with houses burnt down but there was no loss of lives. But so far we have deployed our men to restore normalcy,” the police spokesman said.

JUST IN: Buhari has taken us back to Abacha’s era – Obasanjo