JUST IN: Buhari And The Boko Haram Battle, Why Amnesty? 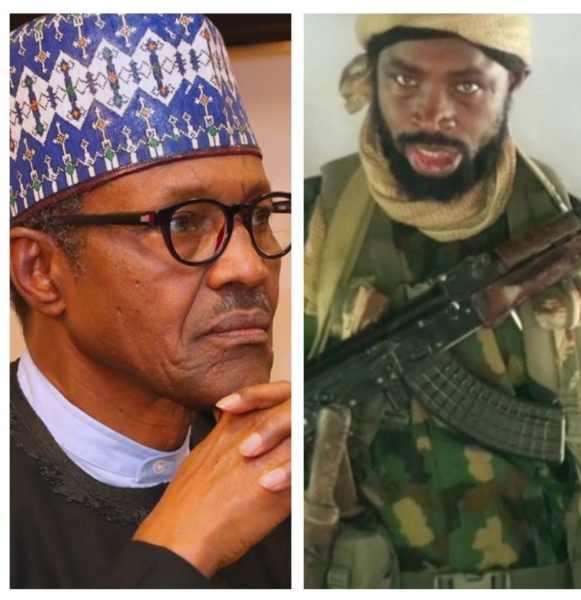 SAHARANEWS – Boko Haram insurgent has fast become a threat to the national security in Nigeria, with the constant attack on villages, towns, state leaving millions homeless and increasing the number of the internally displaced persons (IDP) across the northern region of the federation.

In a report according to Cable news, the Governor of Zamafara State, Governor Yari disclosed that banditry insurgent attack on the state has claimed the life of over 3000 people in five years.

This was made known on the 9th of April in a town hall in Gusau, the capital of the state, represented by Yari, who was represented by Abdullahi Shinkafi, secretary to the state government (SSG), also said “nearly 500 villages” have been destroyed by the attackers.

He added that “over 13,000 hectares of farmlands were either destroyed or made useless as farmers can no longer use the lands for farming”. “Nearly 500 villages have also been devastated and 8,219 persons were injured, some are still in critical condition,” he said.

“The economy of the state has seriously suffered because thousands of shops were destroyed by the rampaging bandits who had displaced thousands of our people from their places of abode, many of whom cannot sleep with their two eyes closed because of fear.”

With the incessant killings by the uprising insurgent in the nation, a member of the Presidential Committee on the North East Initiative (PCNI), Dr Sidi Ali Mohammed in a report by Sahara reporters revealed that the Boko Haram member receives a daily an earning of $3000 while the Nigeria Army earns N1000.

He made this known at the Presentation of the International Monetary Fund (IMF) Sub-Sahara Africa’s Economic Outlook Report, in Abuja on Monday.

Image result for memes on really
According to him, the money earned by the Boko Haram fighter made the earning of the Nigeria army very ridiculous considering the enormous margin.

Image result for DrÂ Sidi Ali Mohammed
Proposing what could be done to curtail the uprising insurgence of the Boko Haram, Mohammed proposes to the federal government to possibly seek amnesty as a way out. According to him, he revealed that the technicality of the Boko Haram fighter revealed that their weaponry is better than that of the Nigeria soldiers, hence he seeks that there is need to think out of the box.

In proposing a possible solution Mohammed request that maybe the federal government would consider amnesty as a way out as conventional warfighting scheme might not be able to curb the uprising Boko Haram insurgent in the nation.

In his words; “I will give you an example. The Nigerian military, for example, gets N1, 000 per day for being in the North East, at the war front, like an allowance,” he said.

“The same North-East, where if you are a member of Boko Haram you get $3,000 per day as allowance. So it is lucrative. Sometimes, they even give you money upfront. So we must do something about the youth from where they are recruiting.”

On how to curb the menace of insurgency spreading across the country, particularly in the North-East, Mohammed said amnesty shouldn’t be ruled out if it would guarantee the desired peace.

“If it is amnesty that will guarantee that peace, then we have to think of it,” he said.

It would be recalled that the Yar’Adua administration used the same medium, amnesty to bring peace to the Niger Delta militant