Northerners Will Never Vote For Igbo To Be President In…

JUST IN: Buhari has proven to be a Disappointment – Arewa Youth 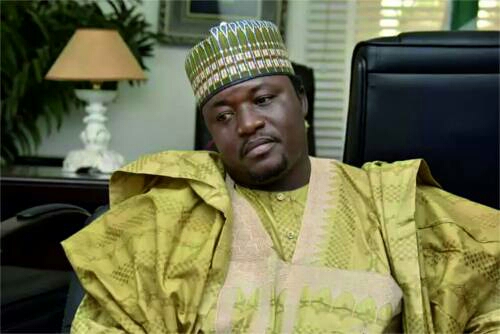 Speaking on the performance of the current president, he said: “There was so much expectation from Buhari. Everybody thought he would perform but surprisingly, the reverse has been the case.

In an interview with the New Telegraph, Shettima stated that there was so much expectation from Buhari that he has failed to live up to.

Speaking on the performance of the current president, he said: “There was so much expectation from Buhari. Everybody thought he would perform but surprisingly, the reverse has been the case.

“Buhari has proven to be a big disappointment. He has not lived up to expectation, and that is why people like Obasanjo, Ango Abdullahi who were his initial supporters decided to start speaking out the truth.”
Noting that Buhari and his supporters turned down developmental advice from well-meaning Nigerians, he stated that Obasanjo ought to have been receiving praises and commendations from Buhari, instead, Buhari and his supporters chose to hurl abusive words on the former president of the country.

He continued: “It is very sad that Buhari’s supporters and his aides have been abusing Obasanjo rather than appreciating him for giving Buhari the right advice.

“Obasanjo is a patriot who believes in one Nigeria. By advising Buhari on how to succeed, that means he doesn’t want Buhari to fail but his good intention is not being appreciated.”

Shettima stated that the 2019 elections provide Nigerians with an opportunity to save the country and move it forward to where it is supposed to be, adding that the electorate will be held responsible for any wrong choice they make.

“It is either Nigerians decide they want a proper change on how to move the country forward or continue like this. As you can see, the country is dead completely. We either move forward or remain where we are so that in the end, the country would collapse on our hands. At that stage, we cannot hold anybody responsible but blame ourselves. With this election, we have another opportunity to do it right,” he added.

JUST IN: Lack of vehicles prevents the police from intervening as more than 100 Herdsmen attacks Adamawa community