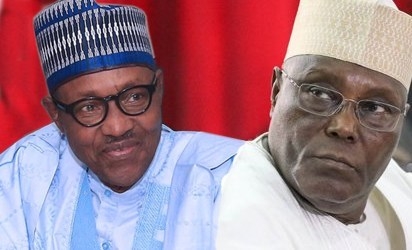 The presidential candidate of the Peoples Democratic Party in the last election, Atiku Abubakar, is set to call Microsoft, IBM and Oracle experts to authenticate his claim that the servers belonging to the Independent National Electoral Commission showed that he defeated President Muhammadu Buhari by over 1.6 million votes.

Atiku and the PDP will also be expected to tender INEC’S training manual on elections, a printout of the votes of candidates from smart card readers and a printout of the forensic audit report on INEC’S server as evidence.

ALSO READ:  ”COVID-19 was nothing but a glorified malaria Sickness” — Yahaya Bello responds to palliatives looting.

Atiku had claimed to have polled a total of 18,356,732 votes against President Muhammadu Buhari of the All Progressives Congress who he said scored 16,741,430 votes.

However, INEC’S Director, Information And Communications Technology, Chidi Nwafor, in his witness statement on oath denied the “server results” which the PDP and Atiku were laying claim to.

He said all the results were collated manually and were never transmitted electronically.

Atiku, in his fresh response, said the figures he claimed to have scored were genuine.

ALSO READ:  "Where Should We Run To?" – Nigerians React To Aisha Buhari's Relocation to Dubai

JUST IN: Buhari Arrogate Himself, Mocks Atiku At Election Tribunal, Says ‘I Cannot Be Removed’