Man hack wife’s lover to death on matrimonial bed in…

JUST IN: Drama As FG’s Lawyers ‘Clash’ During Onnoghen’s Trial 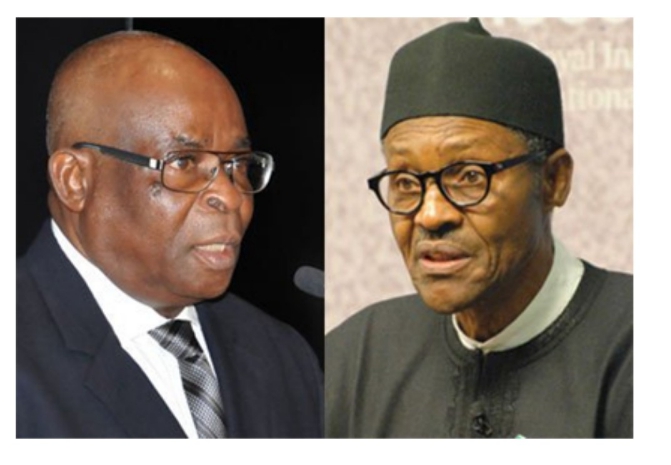 SAHARANEWS – There was a mild drama at the Code of Conduct Tribunal (CCT) during the trial of suspended Justice Chief Justice of Nigeria, Samuel Walter Onnoghen, on Monday.

SaharaNews gathered that the lead counsel of federal government, Aliyu Umar, in a trial of Onnoghen, argued with Zainab Duke, a lawyer on his team, in the full glare of the tribunal.

According to reports available to SaharaNews, an argument broke out shortly after they had entered into appearance in the case. It is not clear what led to argument but Umar was seen shouting at her.

Duke wanted to make an observation but Umar said: “Sit down, I am leading.”

At this point Danladi Umar, CCT chairman, intervened and asked what the problem was.

A police officer moved to give a microphone to Duke to speak but the senior lawyer snatched the microphone.

Umar said: “She wants to address the tribunal but I have not given her permission to do that.”

Duke got up to explain to the CCT chairman but she was not audible.

Thereafter, the lead counsel to the federal government applied that her name be removed from appearance.

“I want to apply that her name be withdrawn from appearance,” he said.

Ruling on the application, the CCT chairman said Duke should “take her leave or take her seat at the back bench.”

She walked out of the tribunal after Umar’s ruling. Both prosecution and defence adopted their addresses after which a date for judgement will be fixed.