Nigeria Will Integrate ‘Repentant’ Bandits Into Society Even…

JUST IN: EFCC Did Not Arrest Me Or Any Member Of My family – Okorocha 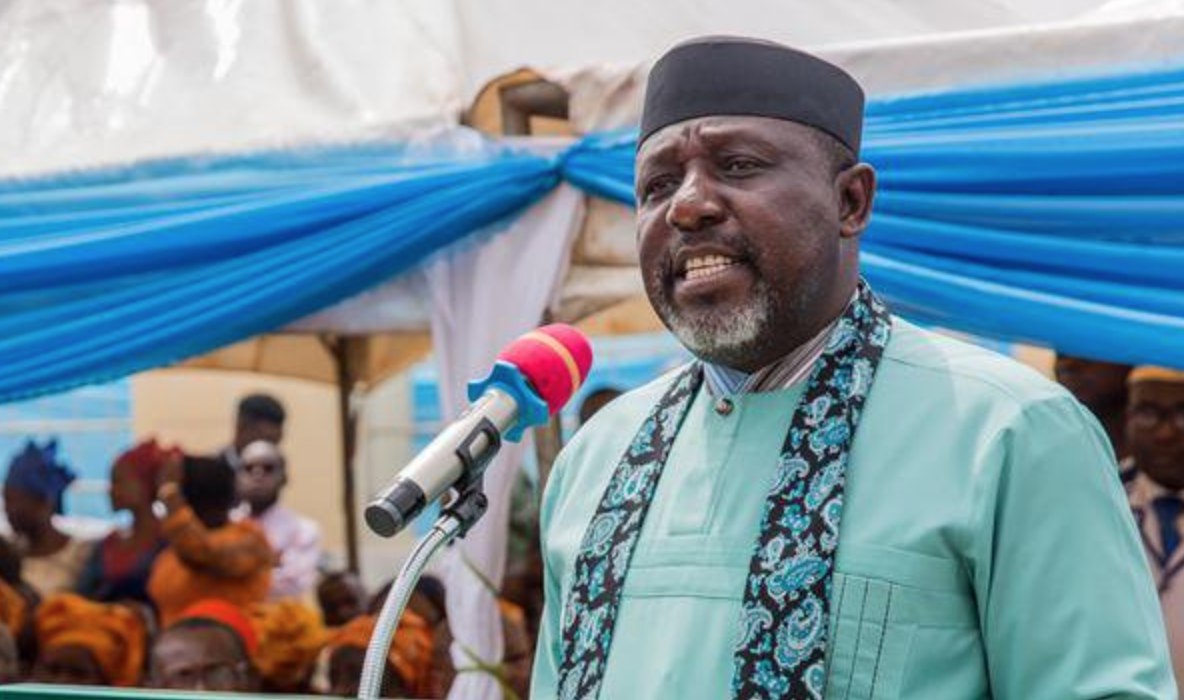 SAHARANEWS – The immediate former Governor of Imo State, Rochas Okorocha, has denied reports that he, his wife, Nkechi, and some of his siblings have been arrested by the Economic and Financial Crimes Commission (EFCC).

Okorocha, in a statement signed by his Special Adviser, Media, Sam Onwuemeodo, said it was the starting point of PDP propaganda, only 24 hours after taking over power.

The statement read in part, “We have read online, including some print media online platforms, that the EFCC has arrested the former Governor of Imo State, Owelle Rochas Okorocha, the wife, Nneoma Nkechi Okorocha, and one of the brothers, Okey Okorocha, today, being Thursday, May 30, 2019.

“We won’t delay to state that the story of their arrest is not true. It is totally false. It has no iota or atom of truth. Simply put, former Governor Rochas Okorocha, the wife Nneoma, and brother, Okey, have not been arrested by the crime commission. This is the truth of the matter.

“The fact is that the new PDP government in the state has decided not to toe the path of honour but has decided to continue the old way of the party, by trading on lies or falsehood. They call it propaganda. The new government is behind the false story. They even called some media editors to make the story headline.

“We only want to ask them to leave responsible institutions or establishments like EFCC out of their dirty tracks, especially in dishing out their lies.

“The PDP in the state had written and sponsored a lot of petitions to agencies and commissions against the former governor. They had told their supporters that the former governor would be whisked away by the EFCC hours after the inauguration on May 29, 2019, and that is the reason behind this falsehood.”

BREAKING: Reps Vows To Investigate The Execution Of Igbo Men In Rivers By The Nigerian Army