Nigeria will help resolve security crisis between North and… 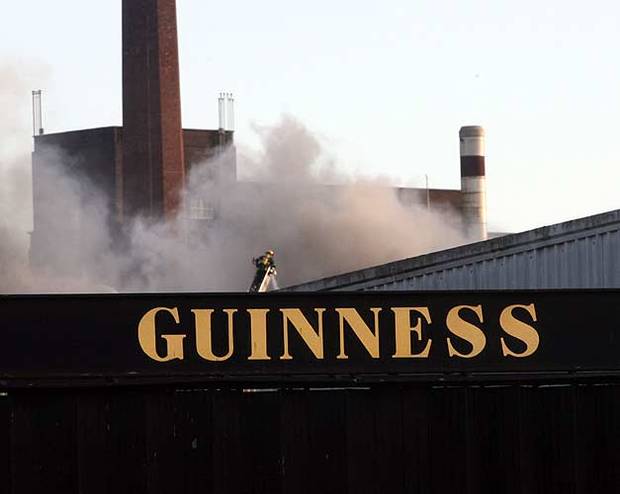 Firefighters battled hard to contain the fire, which started at about 11 a.m. on Friday until about 6:46 p.m. when the News Agency of Nigeria (NAN) correspondent left the scene.

Okezie Uche, Aba Fire Service Commander, told NAN that his men reached the site at about 1 p.m. and fought hard to extinguish the fire with the help of other staff of near-by companies who volunteered.

“We have water challenges but today, we refilled from the NNPC.

“When the fire seems to be out of control, I called the Controller of Abia Fire Service, Mr V.O Gbaruko in Umuahia office for backup and he sent men and more equipment.

“We used techniques with the support of NNPC that gave us a foaming chemical which helped to extinguish the fire.

“Without that chemical, we cannot do much because we are fighting a highly flammable material,” he said.

Mr Uche said the materials at the brewery included empty bottles, plastic crates and others.

He said that “poor house-keeping” might have been responsible for the fire, stressing that when the staff could not contain the fire, they called the fire Service.

A police officer who preferred anonymity told NAN the police got information on the fire at about 12 noon and called in the Fire servicemen in Aba.

“They came, the Commander of MOPOL 55 also sent his men; the villagers also assisted in fighting the fire but it has not been easy as efforts were slowed because there was no power from EEDC to pump water.

“And the water the Fire Service brought finished but the efforts continued with the help of Glover Paints that mobilized their men to bring water to help.

“When the Umuahia Fire Service Commander sent his men, they joined with the help of staff of Geometric, to contain the fire to this level,” he said.

He assured that the fire would be over before 6 p.m. following combined efforts, adding that fire reached nearby NNPC Gas Pipeline but was put out at that end.

He said the fire reached the NNPC Gas Pipeline area near the depot but when the Fire Service came, they first tackled the area which was why the pipeline did not explode.

Eric Otuonye, the Station Officer in charge of security of the brewery, said workers noticed the fire and smoke in the compound at about 11:30 a.m. from a nearby bush hence they mobilized to fight it.

He said that the fight had been tough as firemen from fire service office in Aba and Umuahia, the staff of Clover Paints and Guinness Nig. Plc fought the fire from 12 p.m.

“I think the fire got to a chemical that has escalated it, this is after 6 p.m. and if it is not put out, I do not know what will happen at night.

“I believe the fire must have started from our compound. But there is a bush close to our fence on that side where it started, that is what we are suspecting.

“But now what is important is fighting the fire, when it is over we can now trace where it started,” he said.

Mr Otuonye said that the damage was to be estimated in billions of Naira.

He said the brewery had been shut down already since July 2018, adding that only a few police personnel and company security guards were around.

HERDSMEN ATTACKS: This is all Buhari has to say