Kanu speaks from DSS custody, say ‘Biafra must be…

How we want to help millions of Nigerians out of poverty —… 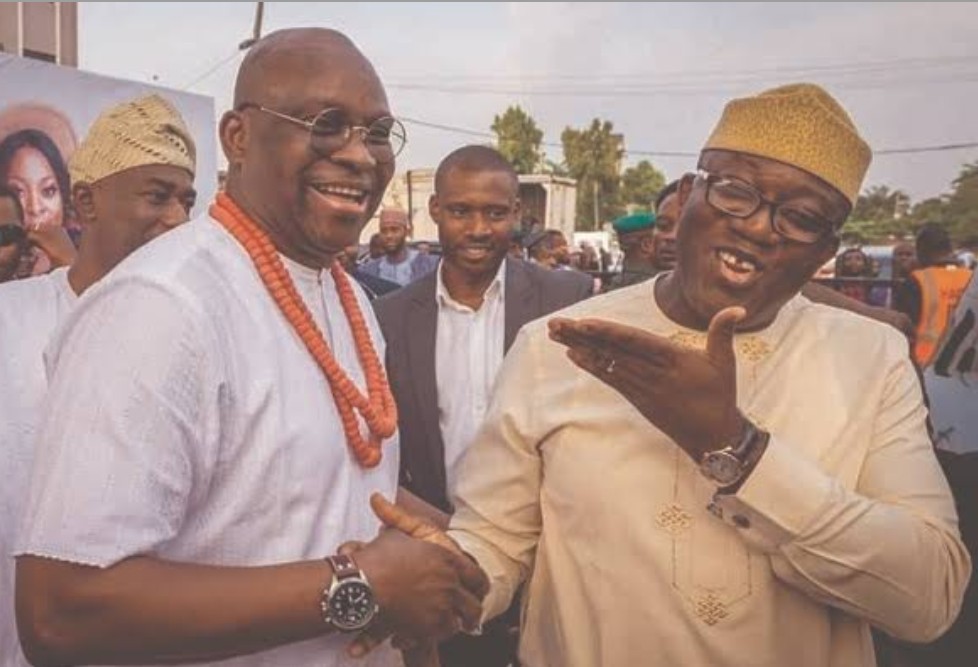 SAHARANEWS – Immediate past Governor of Ekiti State, Chief Ayodele Fayose, has been named member of a committee set up by his successor, Governor Kayode Fayemi, in the fight against Coronavirus in Ekiti.

SaharaNews reports that Governor Fayemi, on Saturday, announced the 47-member panel of eminent citizens of the state, to help mobilise resources to combat the COVID-19 pandemic.

The panel, which is officially known as Ekiti State COVID-19 Response Resource Mobilisation Committee, has the former Minister of Health and Chief Executive Officer of Juli Pharmacy, Prince Julius Adelusi-Adeluyi as Chairman.

The Founder/Chancellor of the Afe Babalola University, Ado Ekiti (ABUAD), Aare Afe Babalola will serve as the Grand Patron while three former governors of the state were named as Patrons.

The Committee has as members captains of industry, distinguished private sector players, renowned professionals and prominent members of Ekiti in the Diaspora.

The Special Adviser to the Governor on Development Partnerships, Mrs Margaret Fagboyo, is the secretary to the committee.

According to a release made available to SaharaNews, the committee’s mandate among others, is to mobilise and advise on funds and project management, direct funding campaigns for the Covid-19 response.

“The state government would do everything humanly possible to contain the spread of the covid-19 pandemic in the state,” while assuring the citizens of the Fayemi-led administration’s commitment to accountability and transparency in the management of resources mobilised.