VIDEO: ESN Engages In Gun Battle With Fulani Terrorists In… 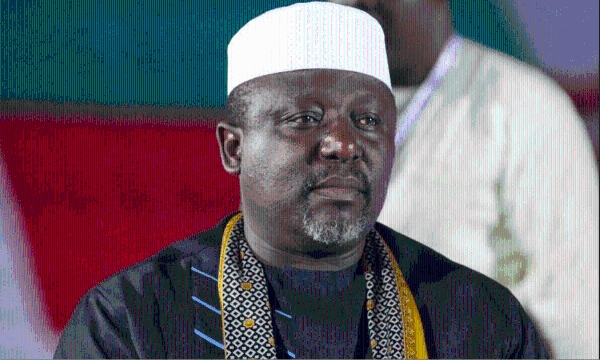 SAHARANEWS – Governor Rochas Okorocha of Imo State has been warned to stay away from Nsu Ceramics and Tiles Industry sited in Nsu Ehime Mbano, or face the full wrath of the community.

The Nsu clan, consisting of four autonomous communities, also at the weekend issued similar words of caution to members of the security agencies not to allow themselves to be used by the outgoing administration or by its agents to perpetuate and sustain the alleged ongoing looting of state assets by the cronies of the governor.

Rising from a meeting summoned at the behest of traditional rulers of the four autonomous communities, town union president and leaders of thought, the Nsu clan vowed to resist any attempt by the governor or his proxies to complete the alleged looting of the ceramics and tiles factory.

A strongly worded communiqué issued at the end of the meeting yesterday read in part:

“The attention of the entire NSU clan comprising four autonomous communities has been drawn to a letter purported to be issued to Messrs Phigeal Integrated Int’l Limited by Imo State Government authorizing them as auctioneers subject to payment of N16,866,000(Sixteen million, eight hundred and sixty six thousand naira only) to enter into an auction the remaining equipments at the premises of Imo tiles industry at NSU.

“Recalling that prior to this development, Governor Rochas Okorocha and his private agents had about a year ago forcefully evacuated to unknown destination, containers of equipments including Rolls Royce high Calibre power generators valued at billions of naira imported for the factory by the glorious Mbakwe administration.

“The entire NSU clan considers this development insensitive and a provocative affront by the outgoing Governor of Imo state.”

They also put on notice the incoming Peoples Democratic Party (PDP) administration in the state led by Hon. Emeka Ihedioha on the urgent need to recover all property of the state held by governor Okorocha and his agents.

The community also seized the occasion to draw the attention of the incoming government of a litany of the abandoned project in the area and the glaring absence of both state and federal government presence in the community that was leading light in pre-independence Nigeria.