MAN Returns Home On Leave To Meet Wife Pregnant For Their… 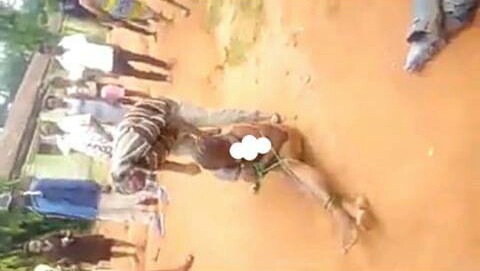 SAHARANEWS – Governor Ifeanyi Okowa of Delta State on Friday ordered the sack of Mr. Friday Eluro, a security aide who was caught on video assaulting a woman.

The governor gave the directive in a statement issued by his Chief Press Secretary, Mr. Charles Aniagwu, in Asaba.

He also directed full investigation into the incident to ensure justice.

Okowa said that the assault on the lady was unwarranted, particularly when it was committed by an appointee of government who ought to ensure that rule of law was observed in all situations.

The governor, having watched the video of the assault, directed that Eluro’s appointment be terminated forthwith, to serve as deterrence to others.

“In the last three and a half years, our administration has worked so hard to entrench the enduring peace in our state.

“We will not sit back and fold our hands to watch appointees of government or any other person, no matter how highly placed in the society, to take laws into their hands,” he said.

He warned appointees of government to be of good behaviour and to always remember that they are ambassadors of government and are supposed to be role models in the society.

SaharaNews earlier reported that a lady was strip, unclad beaten and paraded publicly by politician in Delta.