BREAKING:Man Kills His Mother, Two Children With Cutlass In…

JUST IN: Heavy Tension And Panic In Port Harcourt As Strangely Masked Gunmen Invade The City Hours To The Election 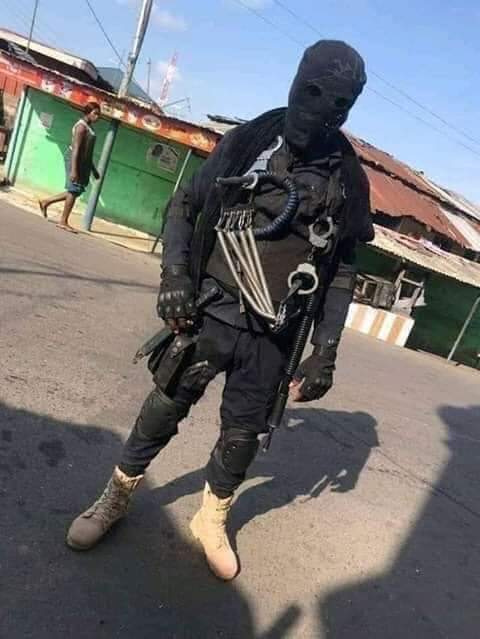 SAHARANEWS – Rivers State Government says it has intercepted the details of the deployment of hit squads put together by the Federal Special Anti Robbery Squad (FSARS) to hijack electoral materials and kill or maim PDP members across the State.

This deployment is in keeping with the threat of the Transport Minister that there will be devastating violence before and during the elections.

A statement issued in Port Harcourt today which was privy to SaharaNews states that the State Commissioner for Information and Communications Barr Emma Okah says it is sad that despite the assurances of President Mohammadu Buhari that the elections will be free, peaceful and fair as well as the pleas of the international community for peace to reign, the APC and SARS in Rivers State are still intent on disrupting the elections in Rivers State and posspossibly killing or maiming innocent people including National Youth Corps members.

Recall that SaharaNews had earlier reported that the transport Minister, Rotimi Amaechi declared 16th February a war day in Rivers and was caught on video chanting war songs. In what appear like making good his threats, strangely masked gunmen are seen everywhere in Rivers State barely 24 hrs to the presidential election.

The hit squad members are:

The statement calls on the President and security agencies to take immediate actions and avert this calamity by protecting Nigerians and the voters.

BIAFRA: We Apologize For The Late Call-off Of Election Boycott – Nnamdi Kanu