JUST IN: Resign now if you have political intention, Abiodun…

JUST IN: I Am Not Surprised At What Akpabio Is Going Through Right Now, His Political Career Died The Day He Joined APC, This Is Just The Beginning – Ex-Minister 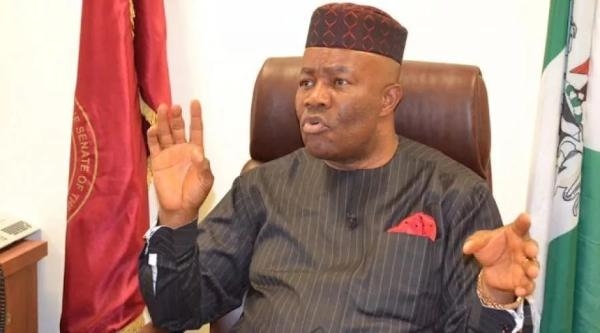 A former minister of transport, Chief Ebenezer Babatope, has described defection of former Akwa Ibom state governor, Godswill Akpabio, from the Peoples Democratic Party (PDP) to the All Progressives Congress (APC) prior to the 2019 elections, as political miscalculation.

SaharaNews reported that Akpabio, a former minority leader of the Senate lost his bid to be reelected as senator representing Akwa Ibom northwest to Chris Ekpenyong, candidate of the PDP in the just concluded elections.

Speaking with newsmen, Babatope, a member of the PDP’s Board of Trustees (BoT), said Akpabio was merely deceived by the APC, ‘a party that doesn’t mean well for Nigerians.’

He added that as governor, Akpabio did not commit any crime that would make him dump the PDP and run to the APC for cover.

“It is a pity. I like Akpabio as a person but politically, he has committed what I can call political hara-kiri. I am so sorry for him.

“He made a grand mistake for him to have judged that the APC will plan well for him. APC doesn’t mean well for anybody. They merely deceived people like him.

“So, Akpabio shouldn’t have joined the APC because there is nothing that he has done while in government that will make him to run to APC for cover”, he said.

It was reported that Ekpeyong warned Akpabio to stop the campaign of blackmail and intimidation against the duly constituted election tribunal.

He said Akpabio should be charged for contempt “for continuing to stampede the tribunal with a view to forcing it to change the course of justice.”