JUST IN : I challenge you to a live debate – Atiku to PMB 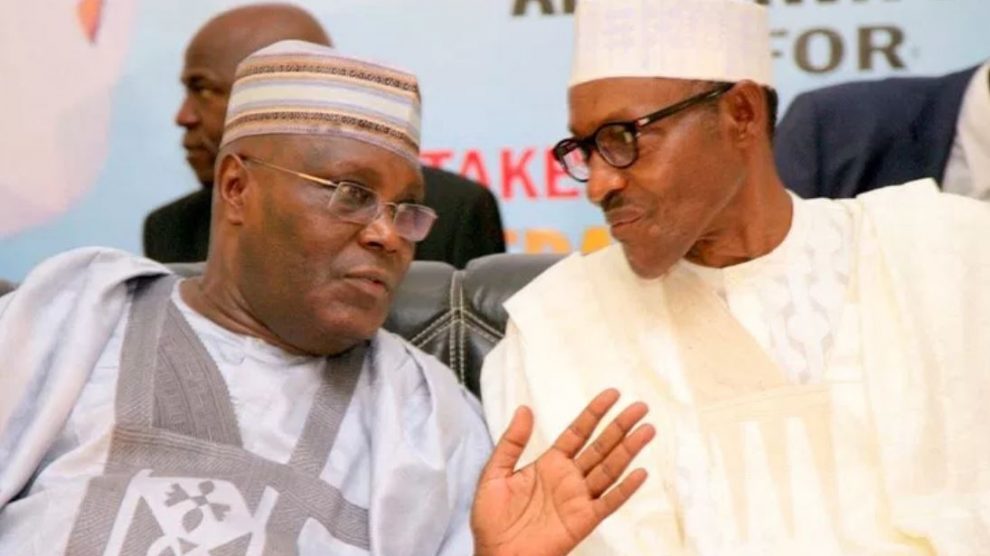 PDP Challenges Buhari to A One-on-One With Atiku…Berates President for Abandoning His Troops Ahead of the 2019 presidential election, the  Peoples Democratic Party (PDP) has challenged President Muhammadu Buhari to a live, one-on-one debate with its Presidential candidate, Atiku Abubakar, on critical sectors of our national life.

The PDP also berates President Buhari for neglecting our troops fighting in the North East and reneging on his promise to “lead the fight from the front”, resulting in the vulnerability and killing of our soldiers by insurgents.   Nigerians are aware that President Buhari has been mortally afraid of facing our candidate,  Atiku Abubakar, in a general debate organized by independent bodies. For this, the PDP grants him the liberty to choose a venue, date and time convenient to him to face our candidate before a neutral panel.  President Buhari must face Atiku Abubakar in person, as Nigerians are not ready to accept any representation, whosoever, from him. If, as a Commander-In-Chief, Mr President cannot face a political debate, how then can he vigorously engage international competitors?   Nigerians can now see why our nation has been under peril in the last three and half years.  President Buhari should be ready to face his failures and avail Nigerians of his sectoral performance scorecards, as well as, present his future blueprint, if any, to enable the electorate weigh him alongside our Presidential candidate.  Mr. President should explain why he has been insensitive to the killing of citizens and soldiers by marauders and insurgents, particularly, given allegations that he has been distracting the Armed forces by dragging them to participate in his re-election campaign.  Nigerians recall that at the time our troops were being attacked by insurgents, our Service Chiefs were attending the launch of President Buhari’s “Next Level” campaign mantra, stolen from a foreign institute.  Nigerians await President Buhari to answer for the humongous corruption in his administration; why he has failed to fulfill any of his 2015 campaign promises and why he cannot show any key development project he initiated and completed in his three and half years in office.

President Buhari must be ready to face the over 40 million Nigerians who lost their jobs and millions more whose businesses have folded up due to his incompetence and harsh economic policies. He must face the victims of human rights violations, extra-judicial killings, illegal arrests and arbitrary detention under his administration.  President Buhari came to power through false promises and propaganda. Now,  the day of reckoning has come and he cannot run away from his failures.  On our part, our candidate is ready to face President Buhari, one-on-one. He has his scorecard in governance and his blueprint for national rebirth; wealth creation, youth empowerment and building a prosperous nation, which has become dominant among the aspirations of  Nigerians.

BIAFRA : Nnamdi Kanu knows what he is talking about and I believe him – Suleiman