Biafra: We’ll suspend agitation if you give us a date for…

JUST IN: I Will Not Relegate You To “The Other Room”, Gov Ahmadu Assures Women 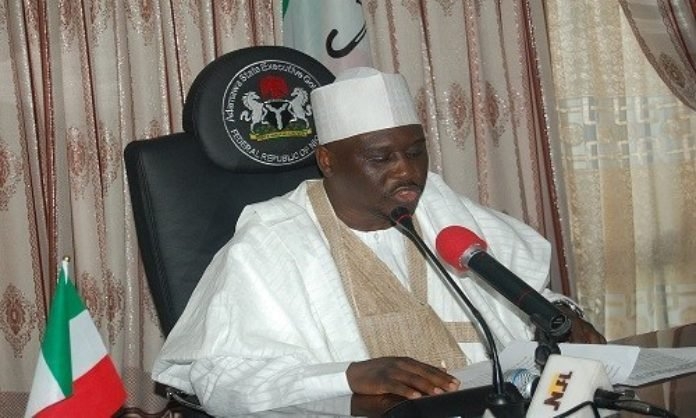 SAHARANEWS – The Adamawa State Governor, Ahmadu Fintiri, has assured that women will play noble roles in his Government, stressing that
women would fare a lot better under him than being relegated to “the other room” and the kitchen.

The governor gave the assurance Wednesday in Yola while receiving delegations of women and other groups who visited the Government House to pay him Sallah homage.

“For the women, you will not only belong to the other room and the kitchen,” Fintiri said, assuring that he would in the first instance not make a man head the Ministry of Women Affairs.

Fintiri is yet to give indications as to who will make his cabinet, except the hint that a woman will head the Ministry of Women Affairs, unlike what obtained in the immediate past government which entrusted the women affairs ministry to a man.

The Adamawa chapters of the National Council of Women Affairs, National Association of Women Traders, and Women in PDP Secretariat were among the groups that paid the Sallah homage to Fintiri at a brief ceremony in the Government House, Yola. Other groups included: Youth Council of Nigeria, butchers association, and some ethnic groups.

He assured all the groups of fair treatment by his government, saying, “We are here and will be here for you. We have started and we will continue to do our best for the overall good of the state. We have promised you an 11-point agenda and that’s what we will account for at the end of our four years.”

Fintiri, who is fondly called ATM following his show of passion to workers when he first led the state as an acting governor in 2014, has shown something of that era in the few days since his May 29 swearing-in as governor.

ALSO READ:  The Beating Of Ekweremadu, Though Condemnable But So Much To Learn From

Towards last weekend, the Governor released the pending April and May salaries of the state civil servants to workers.