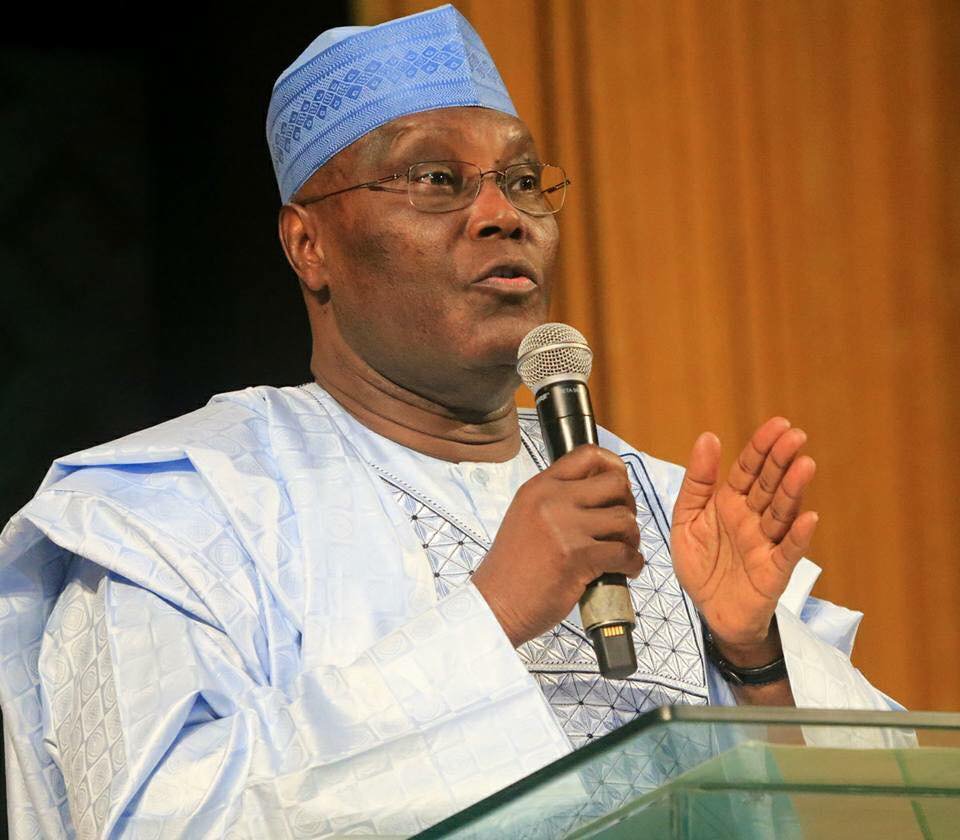 The PDP presidential candidate Alhaji Atiku Abubakar said this on Wednesday while delivering a lecture on ‘Restructuring Nigeria’ at the University of Nigeria, Nsukka, Enugu state.

The former vice-president said the fastest way to achieve restructuring is to reduce the power and roles of the federal government and to “return some items on the concurrent list to the states”. He said the “epidemic of federal take-over of state and voluntary organisations, schools and hospitals which began in the 1970s” must be reversed. “Some of what my ideas of restructuring involve require constitutional amendment; some do not. Take education and roads for instance. The federal government can immediately start the process of transferring federal roads to the state governments along with the resources it expends on them,” Atiku said.  “In the future if the federal government identifies the need for a new road that would serve the national interest, it can support the affected states to construct such roads, and thereafter leave the maintenance to the states, which can collect tolls from road users for the purpose.

“The country can be restructured in six months, all you have to do is return the items on the concurrent list to the states.” He said restructuring means amending the current federal structure “so it comes closer to what our founding leaders established, in response to the very issues and challenges that led them to opt for a less centralised system.  “It means devolving more powers to the federating units with the accompanying resources. It means greater control by the federating units of the resources in their areas.  “It would mean, by implication, the reduction of the powers and roles of the federal government so that it would concentrate only on those matters that could best be handled by the centre such as defence, foreign policy, monetary and fiscal policies, immigration, customs and excise, aviation as well as setting and enforcing national standards on such matters as education, health and safety.


“Indeed the federal government can voluntarily withdraw from most of the items listed in the very thin concurrent legislative list of our constitution. I believe that the benefits accruing from these first steps will help us as we move towards the changes that require amendments to our constitution.”