BREAKING: Mark My Words Today, APC Will Not last Beyond 2023… 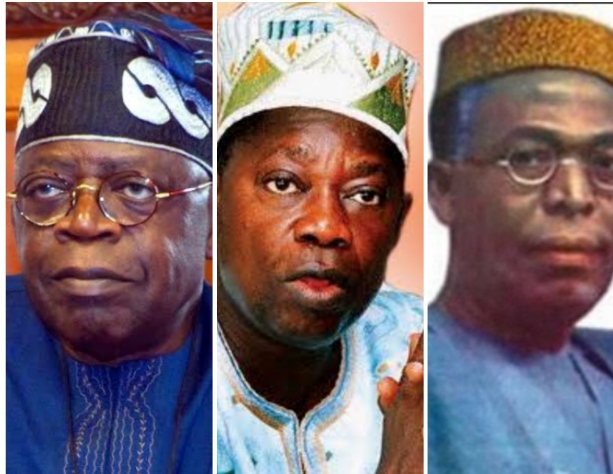 While we are still at loss as to why the ruling All Progressives Congress (APC) chose to zone the position of the Senate President of the incoming ninth Assembly to the North, we are even more surprised with their recent outburst and hate towards the South-East region. One may wonder if this is how the ruling party plans to “unite the country” (as promised) by playing sectional politics of hate towards a particular region.

I can remember in 2015 when Mr Femi Adesina declared that the reason why the party did not zone the Senate President to the South-East is because there was no APC Senator-elect from the region. Fast forward to 2019, the APC has produced ranking Senators from the region with former Governor Orji Uzor Kalu dominating the list. Yes, Dr. Kalu is a ranking Senator having served in the Federal House of Representatives – both chambers are known as NASS and recognized in ranking legislators.

Now, the same APC is giving another “reason” that the South-East did not vote Buhari. Like seriously? In Abia North for instance, the president won the entire five local governments, while the ruling party also won 2 out of the 3 Reps seat and the Senate seat from the district. Generally, Buhari garnered over 80,000 votes as against the 15,000 votes in 2015.

ALSO READ:  Insecurity Was Worse Before We Came To Power, Politicians Not Helping Matters — Buhari Laments

If really the APC leadership know fully well that the election of National Assembly leaders are done via secret ballot system, then one may wonder why they continue to remain unguarded and reckless with their utterances, while imposing unpopular candidates on supposed distinguished legislators.

Inasmuch as I believe in party supremacy, I strongly believe that at the Senate level and National Assembly generally, persuasion and not coercion should come to play in actualizing the party’s objectives.

As it stands now, a lot is at stake in the struggle for the various National Assembly positions. 2023 is fast approaching and president Buhari is constitutionally not qualified to run, hence, several political forces are warming up to take over either directly or indirectly through their trusted loyalists; and who controls the National Assembly is key in positioning the various camps ahead of 2023.

Within the APC, there are several powerful camps interested in 2023 and none would allow the National Assembly to fall easily into the hands of the other. If ex-President Obasanjo could not coerce the NASS to do his bidding ahead of 2007, Bola Tinubu and Oshiomhole will be wallowing in self deception to think they can sit in their living rooms and impose leaders on the National Assembly.

It’s on record that Bola Tinubu single-handedly appointed Buhari’s Vice, Yemi Osinbajo and the party’s National Chairman, Adams Oshiomhole in the helm of affairs. To think that Buhari will sit and watch a domineering and overtly ambitious Tinubu to also single-handedly appoint the Senate President in the person of his known-loyalist, Ahmed Lawan and Speaker, Femi Gbajiabiamila, will portray the president as the most daft head of state in the whole world.

What happens (to Buhari) in the event of a strong disagreement with Tinubu? Your guess is as good as mine. Before it’s too late, APC leadership should retrace their steps and apply caution.

All regions and stakeholders should be carried along in the party’s zoning arrangement. Man by its nature abhores injustice. An arrangement that favours one region ahead of others should be jettissoned.

Nigeria is built on a tripod — Igbo, Hausa-Fulani and Yoruba are the major ethnic groups. Any arrangement that relegates any of the three to the background will be vehemently resisted.

In the light of this reality, from the foregoing, the body language of the APC that the South-East doesn’t count should stop now. Tinubu said “Igbos don’t matter” after all, just like his wife posited that “Igbos can’t be trusted anymore”. Tinubu must be reminded that this path he has chosen to tread presently led to the downfall of two great men in the history of Nigeria politics — Awolowo and Abiola.

If Tinubu and APC leaders, however, decide to ignore this piece of advice, they should be ready for another shocker on the second week of June when the 9th Assembly is expected to be inaugurated.