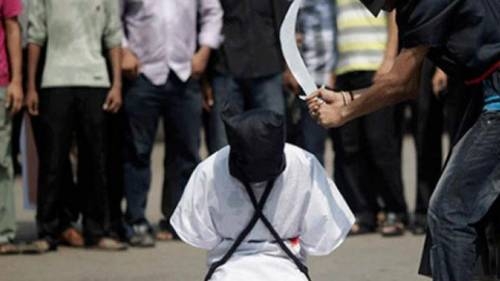 SAHARANEWS – Avocats Sans Frontières France (ASF France) has condemned the execution of a Nigerian woman by the Saudi government for drug-related offences.

The Nigerian woman was executed alongside two Pakistani and a Yemeni.

The organisation urged Saudi Arabia to “repeal death penalty from its statutes handbook”, especially for drug-related offences, as they do not constitute “most serious offences”.

ASF also called on the Nigerian government to ensure quality legal representation for other Nigerians facing the death penalty in Saudi Arabia.

A statement issued on Wednesday by Angela Uwandu, Head of Office, Avocats Sans Frontières France (Lawyers Without Borders France), read: “ASF France urges the Kingdom of Saudi Arabia to refrain from further executions of foreign nationals. It recalls that drug-related offences do not fall within the ambits of the ‘most serious offences’ under international law and urges the Saudi government to repeal the death penalty from its statutes book and especially for drug related offences.

“It also urges the Nigerian government and mission in Saudi to ensure full adherence and respect of the provisions of the Vienna Convention on Consular Relations for the about 20 Nigerians facing the death penalty in Saudi Arabia. This is to ensure these Nigerians receive effective legal representation and fair trials accorded them.