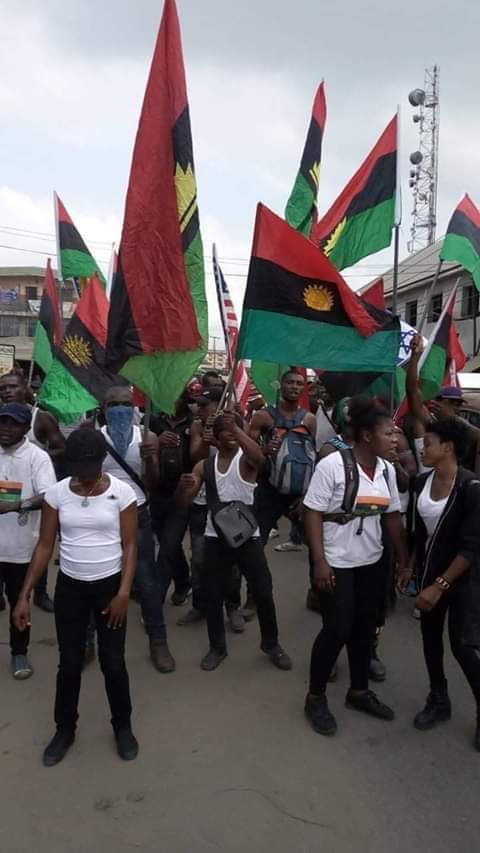 Pro-Biafra groups have clashed over the system of government that would be in operation when it is finally formed.The Indigenous People of Biafra, IPOB, had last week announced that there will be seven independent nations in Biafra.

It also revealed the system of government that would suit each of the nations.But in a statement sent to us on Saturday, Biafra Nations Youth League, BNYL faulted IPOB’s announcement.

National Leader of BNYL, Princewill Chimezie Richard cautioned IPOB against its drastic moves that will place Biafra as an autocratic Nation.The group rejected the proposal, adding that any such document will not be accepted as Biafra constitution.

ALSO READ:  I am in support for release of Nnamdi Kanu if..---Igbokwe

BNYL said, “No group should impose its organizational affairs on Biafra. You don’t sit abroad to create constitutions, whoever is proposing a constitution should come home and summon those it concerned.”

BNYL also said it would reject any attempt to annex or include middle belt or any part of the State that was not part of the defunct Biafra.

“Igalla, Idoma and middle belt remains our neighbouring tribes, the fact that they shares border with Enugu, Ebonyi and Cross River does not make them part of us, they can be tiny borrowed cultures but we won’t welcome such idea.

“Even among the Eastern tribes, all have opinions and rights to decision. Our territorial integrity is far beyond groups pronouncements.”

Meanwhile, BNYL has stated that it would embark on ideological and strategic movement and campaign in remote areas in the Southeast and South South.It revealed the group achievements in areas it classified as “strategic locations in Biafra.”

For a better society