CNG Plans To Protest Arrest Of Its Chairman, National… 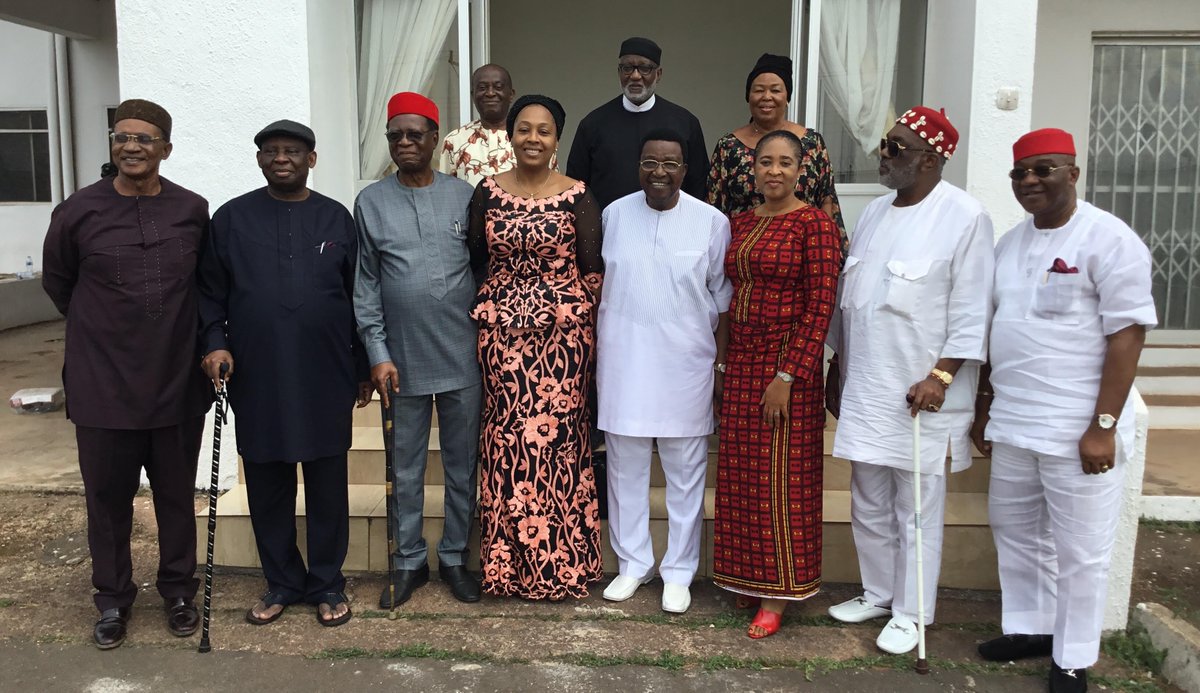 SAHARANEWS – A chieftain of the All Progressives Congress (APC) Senator Jim Nwobodo has returned to the Peoples Democratic Party (PDP) less than 24 hours after Ohanaeze Ndigbo endorsed the presidential candidate of the PDP, Atiku Abubakar.

The former governor of old Anambra state announced his return to the PDP when some members of the Ohanaeze led by former chairman of Police Service Commission, Chief S. N. Okeke visited him in his Amechi Awkunanaw country home.

They all appealed to Nwobodo to come back “to the house which he built.”

Nwobodo, replying, saying: “I am back to PDP.”

According to him: “At this stage of my life, I see myself more as an elder statesman than a partisan politician and I speak from this standpoint.

“I have served our country both at the state and the federal level. In the course of my political journey from second republic till date, I have had my fair share of ups and downs.

“I made mistakes and learned from my mistakes, I have learned a lot from my experiences and feel qualified to speak on burning issues confronting us as a nation.

“I cannot pretend that all is well in our country today with the escalating crisis, ranging from the economy, insecurity, tension among the three arms of government – executive, legislative and judiciary.

“Dangerous divisions along tribal and religious lines, and different militant groups arising from the hues and cries ofmarginalisation.

“What we are seeing are symptoms of deep rooted issues that should be brought to the table for discussions on how to address them.

“I am a democrat and a strong believer in democracy. Those of us who claim to be democrats have a duty to tell the president the truth and advise him appropriately.

He went on: “Just a few of the many undemocratic moves and sayings that are capable of igniting crisis.

“As a member of APC and a democrat, I got visibly worried when I heard party members boasting we have won the election and just waiting for results to be announced.

“My question was how? How? How was the election won when the elections are yet to take place?

“One of the tenets of democracy is the division of power among the different independent arms of government.

“The desecration of any of these arms of government portends danger to democracy.

“The ongoing attempt to arraign and prosecute the chief justice of the federation in disregard to due process is a mockery of the judiciary, which is the last hope of the common man.

“It is even more worrisome to read in the papers that President was not aware of such moves.