OPINION: The CJN’s Removal: The Lamps Are Going Out All Over… 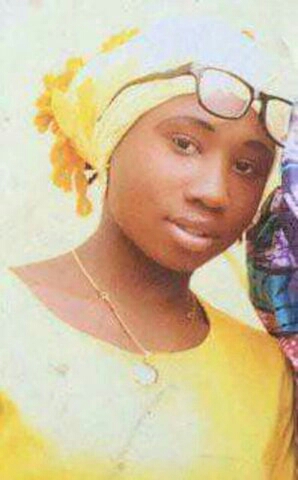 The Minister of Information and Culture, Alhaji Lai Mohammed has, Sunday, debunked a fake report making the rounds that Miss Leah Sharibu, the Dapchi Secondary School girl whom the terrorist Boko Haram sect has refused to release after abducting her and over 100 others, is dead. Hard to explain that Leah is now a slave!

Alhaji Mohammed who described the report as fake, accused the Peoples Democratic Party, PDP, of being behind the fake report.

He said it is only one of the ploys deployed by the PDP to smear the image of the President Muhammadu Buhari-led government, especially as it is coming just few days to the general election.

Alhaji Mohammed said this through his spokesman, Segun Adeyemi, during in a press briefing in Kwara state on Sunday.

Recall that Miss Sharibu abducted alongside other female students from the Dapchi secondary school in the month of March, 2018.

The Boko Haram terrorist who freed the other girls however refused to set her free on grounds that she refused to renounce her Christian faith.

President Muhammadu Buhari has, however, on several occasions, promised that his administration would secure the safe release of the girl.

Although many, including the Christian body, Christian Association of Nigeria, CAN, as well as some international bodies, have condemned her continued abduction as well as have called for her release, the terrorist group has continued to hold her captive.

However, following the reported death of Miss Sharibu, the information minister said the fake news is only a ruse sponsored by the PDP to create the impression that the coming general election is a Christians-Muslim affair or that it is between the North and the South.

ALSO READ:  JUST IN: Counsel Yourself Or Be Jailed For Treason, Presidency Threatens Atiku

According to him, “It’s absolutely fake news. There is nothing like that.”

“I think it’s part of the opposition’s strategies to throw everything at the administration and at the president. I think every day, they are realising the hopelessness of their position.

“Every day they are amazed by the support Mr. President is receiving from every part of the country and they have decided that they are going to spread falsehood, inflame passion and make this election a Muslim-Christian affair or North-South affair, but people are not listening to them.”