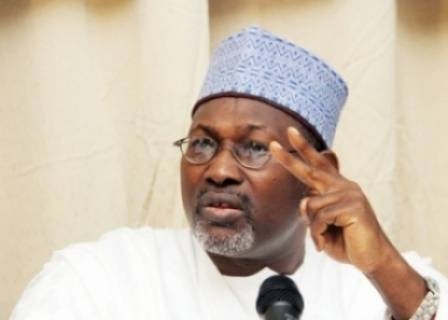 SAHARANEWS – The politicians, through crooked means, got alliances with lecturers in the university to compromise the system and they perpetrated all sort of irregularities

Attahiru Jega, former Chairman of the Independent National Electoral Commission (INEC), has accused lecturers used as ad hoc staff during the 2019 elections of conniving with politicians to compromise the integrity of the polls.

He stated this in Kano, in his remarks at the 15th annual conference of Fulbright Alumni Association of Nigeria (FAAN), which took place at the Dangote Business School at Bayero University, Kano.

Speaking as the chairman at the opening ceremony of the two-day conference, Jega decried the attitude of some lecturers during the poll, whose action he said paved the way for faulty recruitment process of the political class during the polls, thereby betraying the confidence the electoral body reposed in them.

He said: “Look at what happened during the last elections, and the story of irregularities being spread even in the four walls of BUK. The politicians, through crooked means, got alliances with lecturers in the university to compromise the system and they perpetrated all sort of irregularities, which paved way for a faulty process for the continued entrenchment of bad people in governance.

ALSO READ:  The Activities Of Fulani Herdsmen, Attitudes Of FG Has Made Nigeria A Living Hell - Catholic Bishops Cries Out

“Maybe I am preaching to the converted or I am talking nonsense, but frankly speaking, I am beginning to think that we are not taking the obligations of scholarship and intellectual engagement with the seriousness it deserves.

“I think the major crisis in Nigeria’s democracy is that our electoral integrity has been under assault, compromised and undermined by those who have control over the process.”

Speaking on the theme of the conference, Professor Mohammed Sanni Abdulkadir, the Vice Chancellor, Kogi State University, Anyigba, urged the Nigerian government to improve the funding of security agencies fighting insurgency and other organised crime in various fronts across the country, with a view to motivating them to be able to execute their constitutional responsibilities with enthusiasm.

BREAKING! Fire On The Mountain!, Buhari’s Cabinet Dissolved, Directives Given To Ministers