Insecurity Was Worse Before We Came To Power, Politicians…

JUST IN: Linking Us To Death Of Prophet Nwoko, Effort In Futility — IPOB 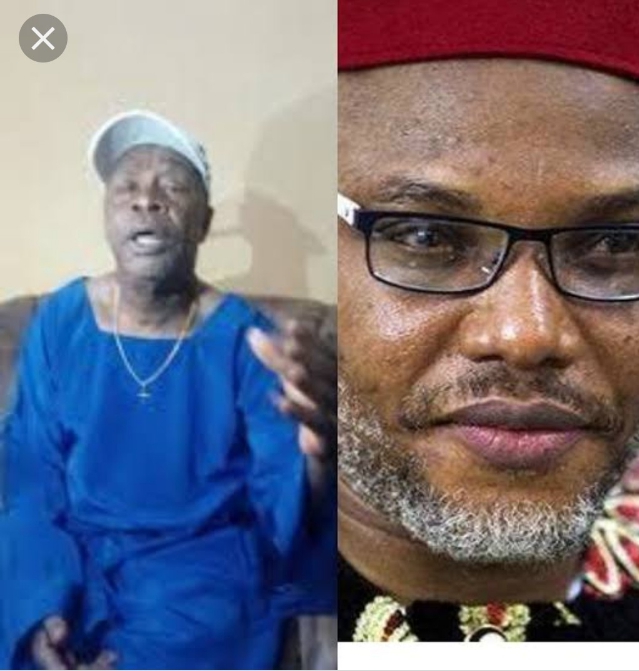 SAHARANEWS +The Indigenous People of Biafra, IPOB, has reacted to the murder of Prophet Anthony Nwoko, a known critic of its leader, Nnamdi Kanu.

IPOB yesterday said that some media reports, which it claimed were sponsored to link the group to the reported demise of Nwoko was an effort in futility.

The PPRO said the command through its operatives had “commenced full scale investigations into the alleged death of a middleaged man in his room in Enugu.

“The commissioner of police, Sulaiman Balarabe, on receipt of the report has directed the operatives of the homicide section of the state Criminal Investigations Department to carry out diligent investigations, unmasking those behind the dastardly act and motives as well as diligent prosecutions of suspects involved,” he said.

According to the police spokesperson, “the deceased identified as one Athony Nwoko was al-legedly found dead in his room at Ezebungu Street of Ugbene 2, axis of trans Ekulu Enugu on 16/4/19.”

He said the remains of the deceased had been deposited at Colliery Hospital mortuary while investigations were in top gear.

The late Nwoko in his last press conference allegedly told journalists in Enugu that the leader of IPOB had been compromised by the Presidential candidate of the Peoples Democratic Party (PDP), Alhaji Atiku Abubakar, in the last general election.

“Nnamdi Kanu was working for the PDP that was why the angels scuttled the election for them. Nnamdi Kanu was planning to come back to Nigeria to continue his dirty works had PDP won.

That’s why PDP lost completely. It is the handiwork of the angels,” he had alleged.
The allegation was, however, denied by IPOB members.

Meanwhile, IPOB through its Media and Publicity Secretary, Comrade Emma Powerful, said that the manner in which some media publications indirectly used their stories to link Nwoko’s death to the Pro-Biafra group shows the stories were paid for and a calculated attempt to smear their image.

The statement reads: “IPOB is well aware that Nigerian government and her security agencies will go to any length to stain our unimpeachable reputation in the hope of using it as a cover to continue their ongoing unreported war against IPOB.

“The media should be mindful not to prejudice the uninvestigated circumstances surrounding the passing of Anthony Nwoko in order not to become unwitting agents of dark forces that wish to tarnish the image of IPOB at any given opportunity.

“Should independent autopsy confirm any foul play in the reported death of Anthony Nwoko, then DSS and Army will be held accountable. Their recent spate of abductions and killings across Biafraland is proof, if any is needed, that they would commit whatever atrocity they can, in the hope of implicating IPOB.

“As a movement rooted in the principles of democratic values and all it entails, IPOB will always welcome criticisms from all quarters because the Biafra we are seeking to build will be an open tolerant society.

JUST IN: “Keep Your Job, I Can Never Work With Buhari” – Atiku’s Spokesman Galadima