We are in final phase of tackling insurgency and other… 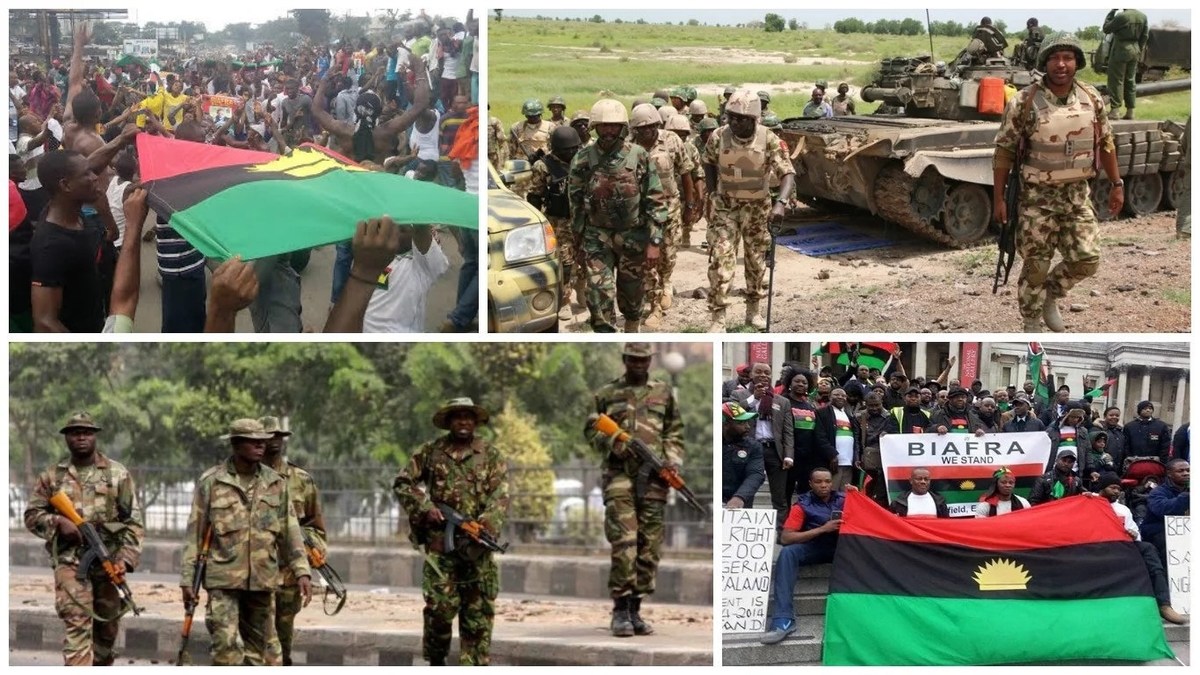 The Movement for the Actualisation of Sovereign State of Biafra and Ohanaeze Ndigbo Youth Council on Saturday cautioned the military against creating unrest in the South-East through the ongoing Operation Python Dance 111 in the zone by the Nigerian Army.

MASSOB alleged that the military operation was aimed at aiding the Independent National Electoral Commission to rig the February 16 presidential election in favour of President Muhammadu Buhari.
Leader of MASSOB, Uchenna Madu, said the presence of soldiers had created tension in the zone.

Madu said the group would not deter in their fight to actualise the Biafra dream.

He said, “The primary aim of Operation Python Dance is to assist INEC and APC federal security agencies to intimidate, frustrate and rig the presidential election in favour of President Buhari.

“The presence of soldiers in Igboland and their intimidating and subjective actions against the peace-loving people of Biafra will never deter or discomfort our spirits, zeal and love for Biafra actualisation.”

President-General of Ohanaeze Ndigbo Youth Council, Okechukwu Isiguzo, said the military operation was not necessary in the region since there was no security threat.

He said, “On Tuesday, January 8, we had a joint meeting with Biafra agitators and we resolved that what happened during Operation Python Dance in 2018 led to the death of innocent Igbo youths, who wore Biafran camouflage, should never happen again.

“Again, we are also begging the military not to unnecessarily harass or intimidate innocent youths during this operation. Any attempt to do so might affect President Buhari’s chances in the South-East. The thinking of the people might be that the introduction of the operation is solely for the purpose of rigging election.”

Meanwhile, the police in Anambra have warned that they will not tolerate any breach of peace within Operation Python Dance III in the state.

Spokesman for the police in the state Mr Haruna Mohammed said, “The command is working assiduously to promote safety and security in Anambra State and will continue to perform its constitutional duties of maintenance of law and order, prevention and detection of crime.”

In 2015 Dino Melaye was going everywhere insulting Jonathan, but now the difference is clear – Yinka Odumaki