BREAKING:Reps To Increase Supreme Court Justices From 21 To… 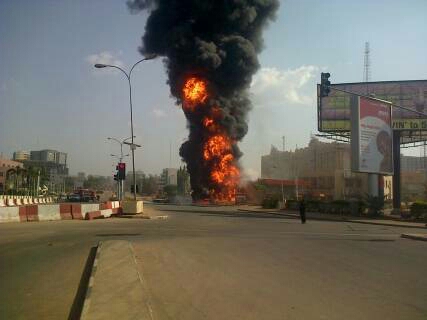 Last Sunday, a group referred to as Koluama Seven Brothers, had claimed responsibility for an attack on a Conoil facility, which it said was a warning to the oil company..

However, in the recent attack, the gunmen, said to be 15 in number, arrived the platform at about 4:30am on January 9 and took over the Conoil production platform.

According to security sources, the gunmen came with several speed boats and allegedly demanded to sign a Memorandum of Understanding (MoU) with the management of Conoil as part of their demands from the indigenous oil firm.

The militants were suspected to be members of the group known as Seven Koluama Brothers.

The Commander of the NNS Soroh, Navy Captain Felix Esekhile, confirmed the development via telephone, stating that: “They only came to protest, like it happened with Shell and other oil companies on issues of MoU with Conoil. We intervened and no production came to a halt and no worker or security personnel at the platform was taken hostage. The platform is up and running as we speak”.

An ex-militant leader, who preferred not to be named, said he intervened in the matter and “the boys have been persuaded to leave the platform and they have left today”.

“I did the negotiating with them to give peace a chance and they listened to me,” he added.