BREAKING:Kushner heads to Morocco to mark normalization with…

JUST IN: With So Much Irresponsibility Of Governance In…

JUST IN: Nigeria Government Abandoned Leah Sharibu Because She Is A Christian – Rev Baba 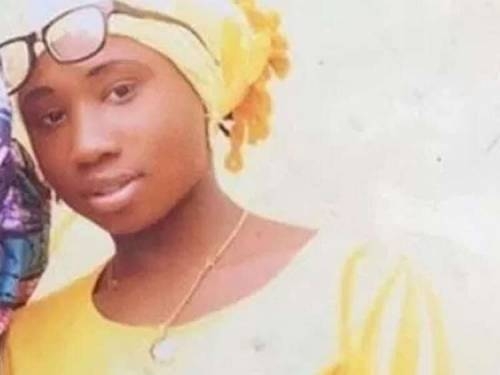 Reverend (Dr) Stephen Panya Baba, President of Evangelical Church Winning All (ECWA), has said that the church has lost confidence in the Nigerian government and military to rescue Leah Sharibu and others still in captivity of the Boko Haram groups.

Revd. Baba said this while speaking to journalists in Jos.

He stated that the federal government has not done enough to secure the release of Leah as well as Alice, one of the United Nations Children’s Fund (UNICEF) nurses kidnapped by the terrorist group, while adding that the church is only hoping for God’s intervention to rescue Leah and others.

He added that people can only hope that God intervenes and ensure Leah comes back home safe adding that the Nigerian government has failed the people.

“We have reached a point where our hope and assurances from the Federal government don’t even mean anything to us again; we are now depending on God.

“We are praying that God should intervene, if the Lord still uses Nigeria government glory be to Him but in term of really having confidence in the government, our confidence over this period has been eroded, we are calling on the International community to come in and do something, maybe pressure from the international community will spur the government to do what it supposed to do” he said.

ALSO READ:  Yoruba Will Actualise A Civilised Nation Away From Nigeria's Barbarism — Akintoye

Asserting that the family of Leah and Alice are always sorrowful, he said, “Leah is member of this church likewise Alice, a lady Nurse with the UNICEF who was also captured by the Boko Haram while Leah parents are in pain and agony, Alice husband and children are also in pain and agony, the last time I visited the family of Alice, her husband told me he is running out of story to tell the children as to when their mother will return”

Criticizing the federal government inability to rescue Leah, Revd. Baba said the government should have successfully negotiated the release of Leah along with other girls kidnapped.

“The best of the Federal Government is not the best; their best over this issue can only be commended if Leah Sharibu, Alice and others are released from the captivity.

“We keep on reemphasizing that if the federal government is able to negotiate the release of Zainab and other girls, we don’t see why it should not be successful in the negotiation towards the release of Leah Sharibu,” the ECWA President said.