Kanu Declares Hunt For Cultists, Attackers Of Bank In…

BIAFRA: BNYL Vows To Fish Out The Real Killers Of Prophet…

BREAKING: Facebook Cuts Off Huawei In Compliance To US…

JUST IN: Nigeria may not exist beyond 2019 if Buhari wins – Justice Ahamba 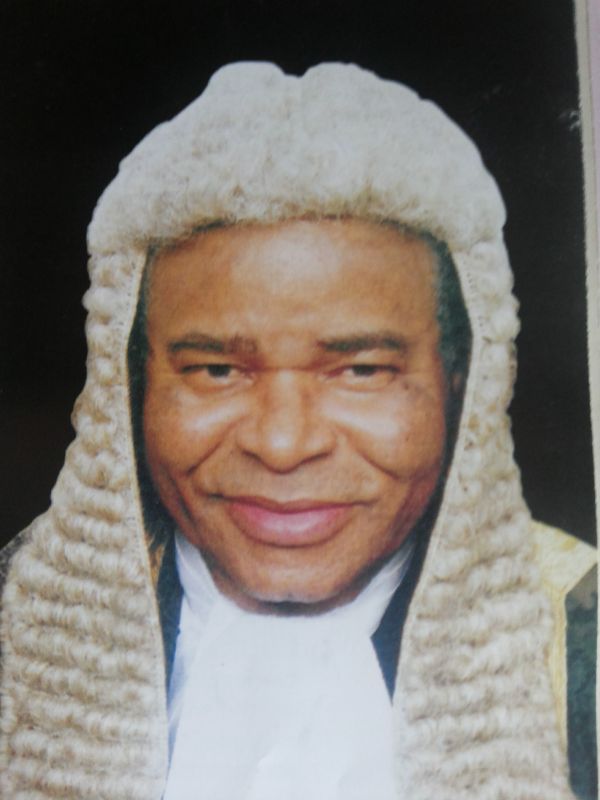 A constitutional lawyer and Senior Advocate of Nigeria, Chief Mike Ahamba, has warned the electorate against re-electing President Muhammadu Buhari for a second term, alleging that such action might lead to a break-up of the country.

Ahamba, who spoke in the wake of planned arraignment of the Chief Justice of Nigeria (CJN), Justice Walter Onnoghen, before the Court of Conduct Tribunal(CCT) on alleged non-decoaration of assets, accused the President Buhari- led administration of “desecrating” institutions of government.

While wondering what the hurry was in acting in a petition that was received by the Code of Conduct Bureau (CCB) less than a week ago, Ahamba insisted that as a constitution like democracy, the rule of law must be allowed to prevail at all times. The silk, who was President Buhari’s lead counsel during his long-drawn 2003 and 2007 election petition battles, said:

“We should advise ourselves now, that another four years of this type of assault will break down this country. It’s unfortunate.

I’m so disturbed and worried about the assault on the head of the Judiciary. Even if the Chief Justice of Nigeria has done any wrong, why not do it according to the rules; with some respect? “So, all Nigerians will have to do now, is to make sure that nobody collapses this country before that date.

ALSO READ:  #LekkiGenocide A Reflection Of Nigeria At 60 Years – Gbajabiamila