With the mendacity of Ananias in the New Testament, the… 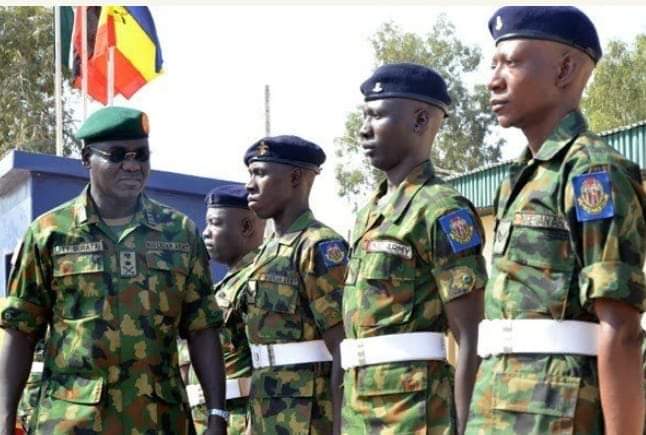 Martins said the programme was a clear attestation to the Federal Government’s action against using combat in depleting the manpower of Boko Haram.

He said the programme would enhance the acceptance of the clients in the society having been subjected to several vocational pieces of training that would make them more useful and self-reliant.

“The Federal Government is using this programme to cut the abilities of the sect to recruit more members and also ensure defection into the programme by other insurgents.

“By the time this is achieved, the government will be able to reduce the numbers of free hands the sect recruits to fight it.

“Based on the assessment, the programme has done a lot in reforming the fighters against the government.

“The programme has achieved more compared to other similar programmes in Somalia and Saudi Arabia, where de-radicalization programmes are being implemented. There are no records of de-radicalized members going back to the sect,” he said.

Martins said the government was employing other non-combat approaches to fight the insurgents.

The programme coordinator said with sustained efforts and partnership with international organizations, the end of Boko Haram was in sight.

Mr. Abba Umar, a member of Bama Community, commended the federal government and the Army for the love shown to their brothers.

“We are happy that the federal government is doing this. If not that we are here, it will be difficult to believe what we have seen. We are satisfied with everything here.

“We thank the government for the rehabilitation and vocational training that will make them breadwinners after leaving the camp.”

Mr. Zanna Yakubu, who spoke on behalf of Bama Community, commended the federal government for equipping the ex-insurgents with the skills to be self-reliant.

Yakubu said the training would help in debunking criticisms in the foreign media on government’s efforts to end the insurgency in the country.

Mohammed Modu, a graduate of the programme, lauded the government’s efforts in rehabilitating the ex-insurgents.

He said he was going back to the society as a repentant Boko Haram member, adding that he would tell people how good the government had been to them while in camp.

Modu said one of the problems of the insurgency was that many youths do not trust the government, adding that this had made it easy for the sect to lure them into its den.

He stressed that with the love demonstrated by the government during the training, no one would be able to deceive him again.

BREAKIN: Wike vs Awara, We Will Conduct Supplimentary Election in Rivers State – INEC