(VIDEO) The Trinity That Made Igbos The Envy Of The World…

JUST IN: Nnamdi Kanu and his group are trying hard to make president Buhari a victim of fake news but we won’t let them succeed – Lai Mohammed 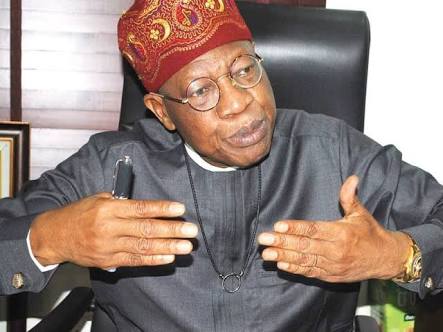 Nigerians and the Media have been called upon to desist from spreading fake news and hate speech and avoid reports that could be termed defamatory to an individual or the country.

The Minister of Information and Culture, Alhaji Lai Mohammed, made the call at the annual lecture, themed “Fake News, Hate Speech and the 2019 General Election: The Role of the Nigerian Media’’, hosted by the Federal Radio Corporation of Nigeria, Abuja

“Fake news, hate speech is a global phenomenon; it’s not just a Nigerian phenomenon. “However, it becomes more important to tackle fake news and hate speech in Nigeria because of the natural fault-lines.

“Nigeria is a multi-ethic, multi-religious and multi-cultural nation and it is very easy to explore these fault-lines to breach it and spread fake information,’’ he said. Mohammed said the biggest victim of fake news and hate speech was the media itself “because the moment people don’t believe what the media is saying, that would be the end of the media’’.

ALSO READ:  (VIDEO) When Buhari’s FG Abandoned Them Die In Foreign Land (because they belong to the hated 5%)They Found A Way Out

He also urged the media to champion and collaborate with government in the campaign against fake news and hate speech. According to him, as the 2019 election approaches, fake news and hate speech will become rampant. He therefore appealed to “the sense of responsibility of the media to self-regulate otherwise it would self-destruct’’. 2019: Media organsaitions collaborate against fake news The minister said that the President Muhammadu Buhari-led administration would not enact any law that would curb freedom of the media. Similarly, he called on Nigerians to avoid sharing false information and advised journalists to adhere to the code and ethics of the profession.