“Has Anyone Noticed Joy On Buhari Buhari When Leaving The…

JUST IN: Nnamdi Kanu points Out Why Igbo Politicians Will Remain Slaves To The Powers Of Fulani Caliphate 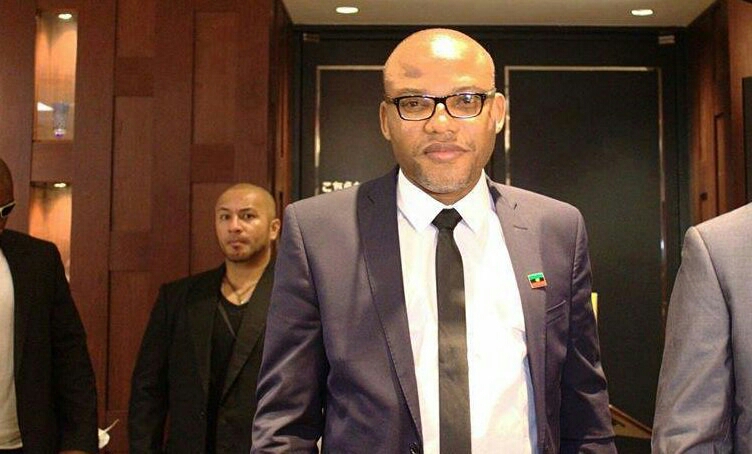 SAHARANEWS – The leader of the Indigenous People of Biafra, IPOB, Nnamdi Kanu has highlighted why the South East may remain slaves to “powers of Fulani Caliphate.”

Kanu said even if the South East get “10,000 Igbo vice presidents” they will still remain slaves to the “Fulani caliphate.”

Speaking during a live broadcast obtained by SaharaNews on Sunday, the IPOB leader said the remedy was for people of the South East to take up civil disobedience.

According to Kanu: “Democracy demands that the public or the populace protest to demand for their freedom when they feel insecure and abandoned by the government.

“It has been going on in France for months, it is observable in the United Kingdom.

“I asked you to join this civil disobedience to demand for your right and those claiming to be learned are clamouring for presidency based on ethnicity.

“Get 10,000 Igbo vice presidents in that second highest seat in Aso Rock and we will all remain slaves to the powers of Fulani caliphate.

“Sometimes one is left to wonder the type of education or knowledge people acquire in Nigeria. Even though education is a program, but common sense is enough to bring this matter to rest.

“Party politics under the present constitutional arrangement in Nigeria, Igbo, Ijaw or Yoruba presidency is not the solution. A complete and total overhaul of the stinking system is what is required.

“Understanding the word ‘Slave’ and what it connotes will help us appreciate the mess we are in. Aguiyi Ironsi was the military head of state, he was Igbo but that didn’t stop the massacre of millions of Igbo people in the north. Jonathan was a president for 6 years, Obasanjo was for over 8 years in the whole run, what happened?”