#FreeSowore: (VIDEO) We Were Given N1m At Gun Point, Told…

JUST IN: Nnamdi Kanu Vindicated As the vice president Prof. Yemi Osinbajo worries over the threat of robotic intelligence in the office. 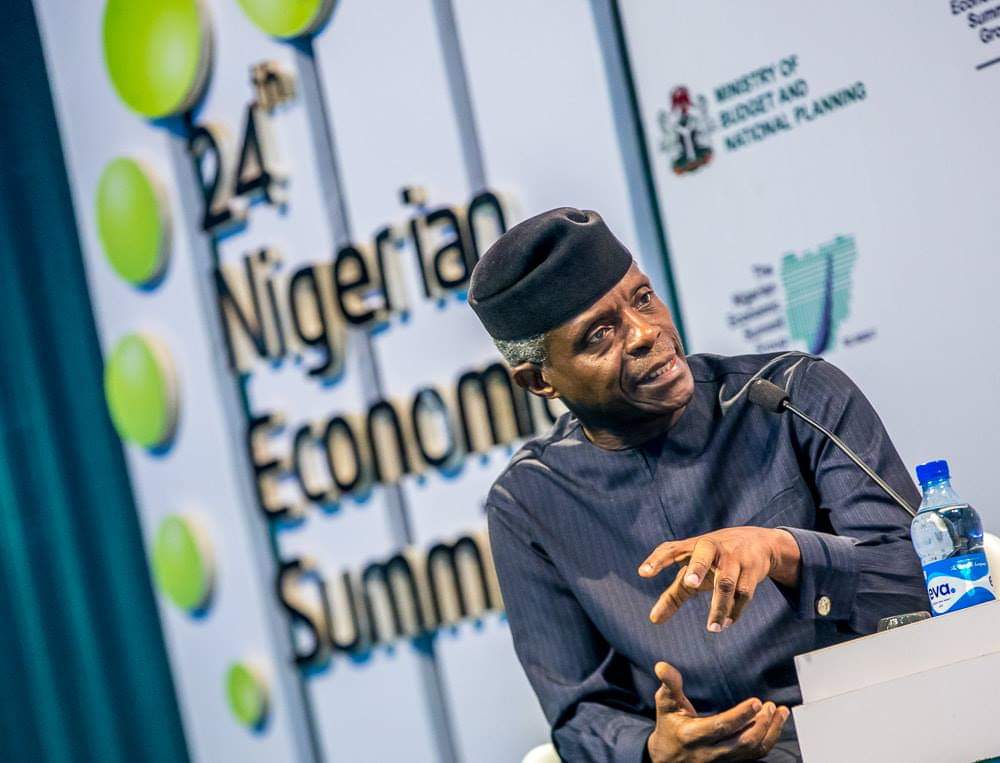 Vice President Yemi Osinbajo has raised concerns over the growing threat posed to humans by the deployment of robots and artificial intelligence in work places.

Osinbajo stated this at the closing ceremony of the 50th Anniversary Celebrations and Annual Conference of the Chartered Institute of Personnel Management on Friday in Abuja.

The vice president said that to brace up for the challenge, the Federal Government was focusing on imparting employable skills on students from primary school to tertiary education.  According to him, no sensible discussion of the economy can be done without acknowledging the role of the people.

He said that in the next few years, Nigeria would be contending with having one of the largest youth populations in the world.   “We will be the third most populous nation in the world.

What sort of skills will these young men and women require? Where will they work?

”Already, we are contending with how technology is redefining the structure of industry and commerce and the skills required to function in them.  “But more disturbing is the growing apprehension of redundancy of many who today work in the millions of jobs that may be unnecessary as robots and Artificial Intelligence perform the same functions far more efficiently and even cheaper.

“What will retraining this possibly redundant workforce entail? What happens to pensions of retired humans when the majority of current workers are robots who earn nothing?

“How about the growing concerns about work life balance? What sort of work environment makes for the most productive worker?  ”Is it the formal work space which we are used to or something less constraining more flexible as we are seeing in the new technology companies.’’   He said that the third major pillar of the Economic Recovery and Growth Plan was called investing in people; on human capital development.

“Our plan, especially with regards to education and health, is one that we have spent a great deal of time working on, and we are, of course, in the process of ensuring that it is fully implemented.  “One of the most important features of that Human Capital development plan is Science, Technology, Engineering, Arts and Mathematics(STEAM) Education.

“The focus is on employable skills from primary school all the way up to tertiary education. But the focus on primary and secondary education is on employable skills, especially technology.  “So, our focus is on teaching young people from the primary school, even pre-primary school, using all of the new techniques such as code writing skills, software writing skills and all that.   “The new technologies that are developing and all of what we are seeing today clearly shows us that anyone in the coming generation will be left behind if they are not at the cutting edge of technology.

”We believe that our educational system must incorporate that, which is why a lot of attention, in the new curriculum, is focused on science, technology, engineering and mathematics.’’

He said that the Federal Government was also doing same with health care as for the first time, it was spending one per cent of the entire consolidated revenue fund on health care.  He commended CIPM for its contribution to the National discourse on unemployment with the presentation of the results of the research on the unemployment crisis in Nigeria.

Osinbajo said that CIPM’s white paper was extremely useful contribution to the minimum wage debate and also commended the institute for the very informed contributions its representatives had made at the Quarterly Business Forum.  Earlier in his welcome address, Mr Udom Inoyo, President, CIPM, said that members of the institute were specifically trained to manage work place issues.

He said that CIPM was committed to helping the government in nurturing a workforce that would meet the 21st century challenges.

BOKO HARAM : I know why and how Boko Haram was formed and I can fix it permanently – Atiku Abubakar