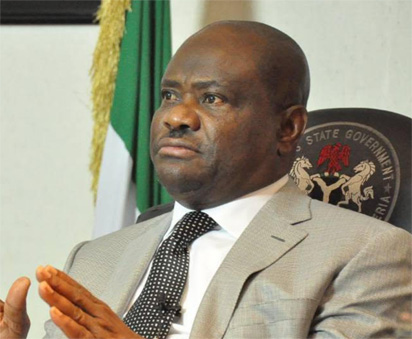 Governor of Rivers State, Nyesom Wike, has said nothing good will ever come out of President Muhammadu Buhari-led government, if reelected in next month’s presidential election.

He also described the administration of President Buhari as the worst Federal Government ever in the country’s history.

Wike, who spoke yesterday during a mobilisation meeting at Unit 7, Ward 9 of Obio/Akpor Local Government Area, said Nigerians had suffered beyond measure under the Buhari administration.

The governor maintained that Nigerians should not expect any good from the Federal Government, which he said had been fighting everyone.

He said that the current administration had also been fighting the judiciary so that they could manipulate the forthcoming general elections.

The governor stated, “The APC Federal Government is fighting everyone. They struggled to destroy the National Assembly and failed. They are also fighting the judiciary; so, they can rig the forthcoming elections. They are trying to intimidate the judiciary.

“This government has suffered Nigerians beyond measure. There is nothing good that will come out of this government. It is the worst Federal Government ever.”

Wike also called on Rivers people to vote out the APC-led Federal Government to attract benefits to the state.

He said, “Vote out Buhari and vote in Atiku Abubakar. Let Buhari and APC pack and leave the Presidential Villa. Buhari’s tenancy has expired.”