JUST IN: Now, We deeply regret all the gang ups against GEJ Gov. Shettima 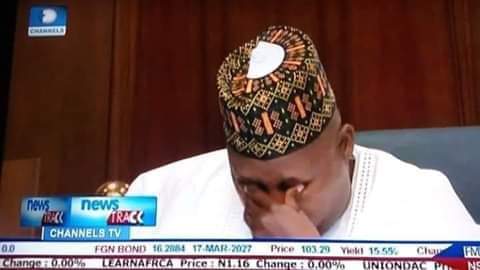 Under Jonathan, the Northern Governors traveled to the US, met with Obama’s team and pleaded with them not to sell weapons to the Jonathan’s administration that he was actually killing their own people in the name of fighting Boko Haram.

President Obama played along with their plans and placed an embargo on weapon procurement by the Jonathan’s administration.

Jonathan contacted a licensed private arms dealer who traveled to South Africa to buy weapons for our military.Somehow, the Boko Haram members in the Presidency leaked out this secret arms deal to thier Northern leaders and Governors.

They immediately contacted President Jacob Zuma who seized the money, $9.34million which they tagged “Money laundry”.

Not relenting, Jonathan pushed for another licensed arms Dealer to go buy the needed weapons, while he continues to convince the SA govt to release the $9.34m. They also got the leaked information and seized the money from the second arms Dealer, $5.7 Million.

These Northern leaders also threatened to drag the former Chief of Army staff, General Azubuike Ihejirika before the ICC for brutally dealing with their ‘Boko Haram’ misguided Brothers and the retired Lieutenant General tactically disappeared from public view after leaving Office for fear of the unknown.

Today, the embargo on weapons procurement have been lifted off because Buhari is President. Today, $1Billion have been approved for Buhari to buy arms and ammunitions.

Today, our Soldiers are complaining bitterly about lack of weapons, unethically releasing videos on YouTube and absconding from the battlefield.

Today, Boko Haram members are waxing stronger, burning down an entire village without any form of resistance.

Today, the Media houses are prohibited by the government from reporting Boko Haram attacks because the ‘technically defeated’ lie must not be challenged. Smh

Today, the only vocal critics of Jonathan’s ‘failures’ to end the Boko Haram attacks in his darling Borno state have suddenly lost his voice because Buhari is President, and he is left with no options than to be crying like a baby.

These very criminals that you and your Northern Leaders pampered and watch grow into Monsters are not done yet, they will not rest until they’re dealt with as the TERRORISTS that they have become.

Until these Northern leaders decides to end Boko Haram attacks, my advice to our Soldiers still stands: if you hear knockout, Run! “Pikin wey say him Mama no go sleep, that Pikin no go also sleep oh”