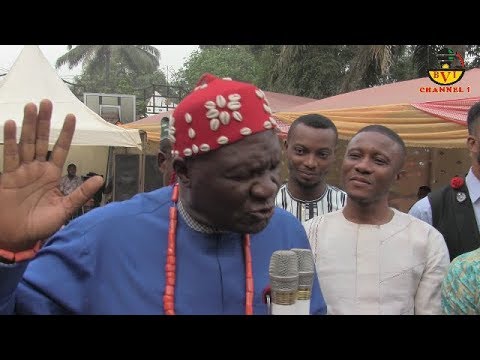 SAHARANEWS – The apex Igbo organisation had cited Atiku’s promise to restructure the country as the reason for endorsing him.

Shortly after choosing Atiku over President Muhammadu Buhari, the Anambra government issued a statement where it distanced itself from the action of the group.

But Nwodo was quoted as saying Obiano later contacted him to call him an “idiot” over the endorsement.

The president-general reportedly said the Anambra governor acted that way because he had vowed to deliver the votes in the state to Buhari.

“Your Excellency Gov Obiano, I was surprised to receive a call from you a few minutes ago in which you said the following words ‘Nnia, I didn’t know that you were so idiotic’,” Nwodo reportedly said.

“I am shocked that you can be so insolent. I am sure that I was neither so idiotic when I addressed your state assembly asking Ndi Anambra to disregard IPOB’s boycott of your election nor was I idiotic when I pleaded with the commander-in-chief to restore your security detail.

“History will judge who amongt us is idiotic. If standing with the popular wish of Ndigbo makes me idiotic, I am happy to be called an idiot.

“I will make this communication public so that Igbo will know who is idiotic amongst both of us.”

The newspaper also said Emeka Attamah, media aide of the governor, confirmed the phone call put through by his principal to Nwodo.