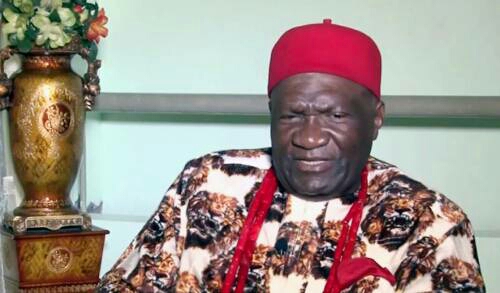 The Ohaneze had called for a meeting of Imeobi (the highest decision making organ of the body) to decide whom they would endorse in the 2019 presidential election.

The All Progressives Congress (APC) has accused the Ohanaeze Ndigbo of planning to sabotage President Muhammadu Buhari’s re-election campaign in the South-Eastern part of the country.

The Ohaneze had called for a meeting of Imeobi (the highest decision making organ of the body) to decide whom they would endorse in the 2019 presidential election.

APC, however, claimed the meeting was purposely scheduled for Thursday and was done in a bad faith.

Prince Richard Ozobu, a member of the APC in Enugu said: “I’ve been a frontline player in Ohanaeze for many years and Imeobi meeting has never held on a Thursday but Saturdays. I can clearly tell you that Nwodo fixed this Imeobi meeting in bad faith.

“There is no emergency in Igboland to warrant the message he sent across that emergency meeting of Imeobi holds Thursday. This is to show the least, Nwodo’s disdain for President Buhari and he should not hoodwink the entire Igbo nation into his personal calamity.”

However, John Nwosu, the Ohaneze President, has denied the accusation, stating he is unaware of the party’s campaign schedule.

Nwodo explained that the body has rescheduled the time of the meeting from 10am to 4pm after his attention was called to the campaign of Buhari in Anambra and Enugu states.

ELECTIONS: The Unity of Nigeria largely Depend on The Outcome of 2019 Elections – US Envoy