Attacks: Where is the Ebubeagu set up by Governors in… 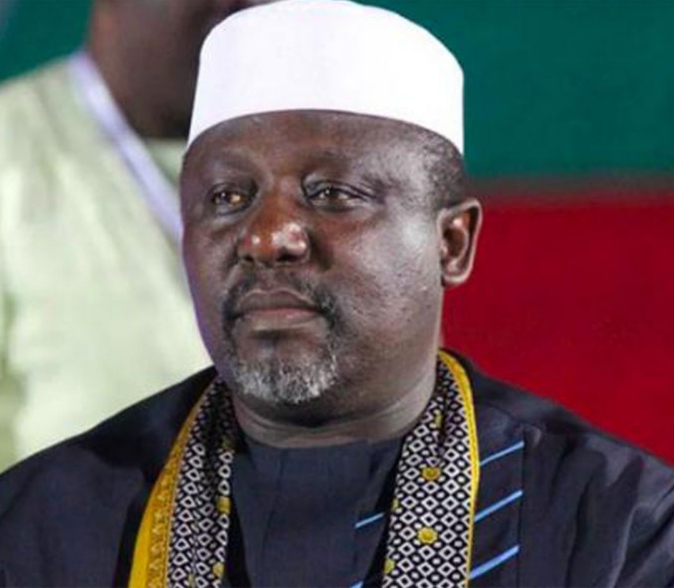 SAHARANEWS – Imo State Governor, Rochas Okorocha says the Independent National Electoral Commission (INEC) is setting a bad precedent by withholding his certificate of return after he had been declared winner of the Imo West Senatorial election.

He said since the election had been concluded and a winner announced, INEC had no right not to issue him a certificate of return according to the laws governing elections in the country.

In a petition he filed at the commission’s head office, which was sighted by SaharaNews Wednesday afternoon, Okorocha advised INEC chairman, Prof. Mahmood Yakubu, not to reduce the commission to “a willing tool in the hands of political manipulators”.

SaharaNews reports that INEC had refused to issue a certificate of return to Okorocha despite being announced the winner of the National Assembly election.

The Returning Officer for the election, Francis Ibeawuchi said the declaration of Okorocha as winner of the election was made under duress.

But Okorocha argued that if there were issues with the election after the announcement of a winner, recourse ought to be made to election tribunals.

“Section 285 (1) of the 1999 Constitution, states that there shall be established for the Federation one or more elections tribunal to be known as the National Assembly Elections Tribunal which shall, to the exclusion of any court or tribunal, have original jurisdiction to hear and determine petitions as to whether (a) any person has been validly elected as a member of the national Assembly,” he wrote.

“Section 133 of the Electoral Act 2010 (as amended) provides that No election and return at an election under this Act shall be questioned in a manner other than by a petition complaining of an undue election or an undue return presented to the competent tribunal or court in accordance with the provisions of the Constitution or of this Act, and in which the person elected or returned is joined as a party.”

Okorocha asked where INEC derived the power to withhold certificate of return after a winner in an election had been announced.

He argued that the step taken by INEC is not known to law and advised the commission to seek redress in the law court rather than taking laws “into its own hands”.

ALSO READ:  Janet Yellen becomes the first female Treasury chief; may be a calming influence in a divided Washington

Okorocha also said that INEC, in its counter-affidavit to the suit he filed at the Federal High Court to compel it to issue him his certificate of return, did not mention any allegation to the fact that his declaration was made under duress.

“In the replies filed by INEC to the petitions filed against me by Osita Izuanso, Jones Onyeyeri, Peoples Democratic Party and Uche Onyeoma Ibeh at the Election Tribunal in Owerri, INEC actually stated that my election was duly conducted and that the declaration and return made in my favour by the Returning Officer was voluntary and not due to any duress or coercion exerted on the Returning Officer,” he said.

BREAKING: Another Biafran Lady Stunned The World With Her Academic Excellence – See Photos