I Will Declare Second Biafra War If… Nnamdi Kanu Warns…

BIAFRA: Nnamdi Kanu, Coming Back To Nigeria In Power And… 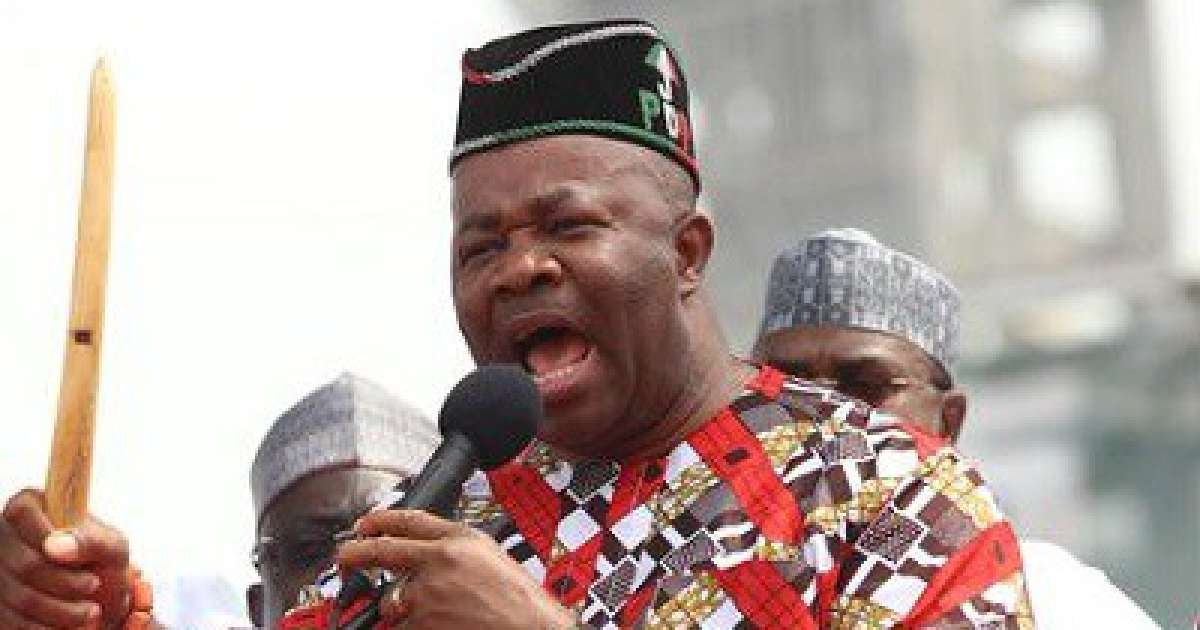 SAHARANEWS – The Senatorial Candidate of the All Progressives Congress, Godswill Akpabio has caused public outrage after he stormed his party’s campaign ground brandishing machete, a symbol of war in locality.

SaharaNews reports that the ex minority leader in the senate and APC Senatorial Candidate for Ikot Ekpene, who is notorious for turning Akwa Ibom into a mafia state during his era as governor of the state with several cases of politically motivated assassinations and murder, is currently under heavy fire for coming to the campaign ground with such dangerous weapon, an act seen as a demonstration of what to come during the election.

Akpabio had days after his defection from PDP to APC boasted that APC will take over the state by maximum force similar to ‘Warsaw’ invasion during the Second world war.

Few day ago, Senator Akpabio also came under heavy criticism after he boycotted the signing of peace accord by candidates and their political parties held in the state on Wednesday ahead of the 2019 general elections.

SaharaNews had reported that Senator Akpabio and Governorship candidate of All Progressive Congress, Nsima Ekere snubbed the event.

SaharaNews recalls that Nsima Ekere caused public outcry after he had earlier received guns and other ammunitions from his supporters in Ikot Ekpene as souvenir during a political rally by the APC.

The embattled candidates has also been criticized for their role in the multiple violence and gory protests which followed Ekere’s nomination as guber candidate of the APC.