JUST IN: Don’t Let Your Disappointment With Buhari…

“No IPOB Member Was Killed Under My Watch As A… 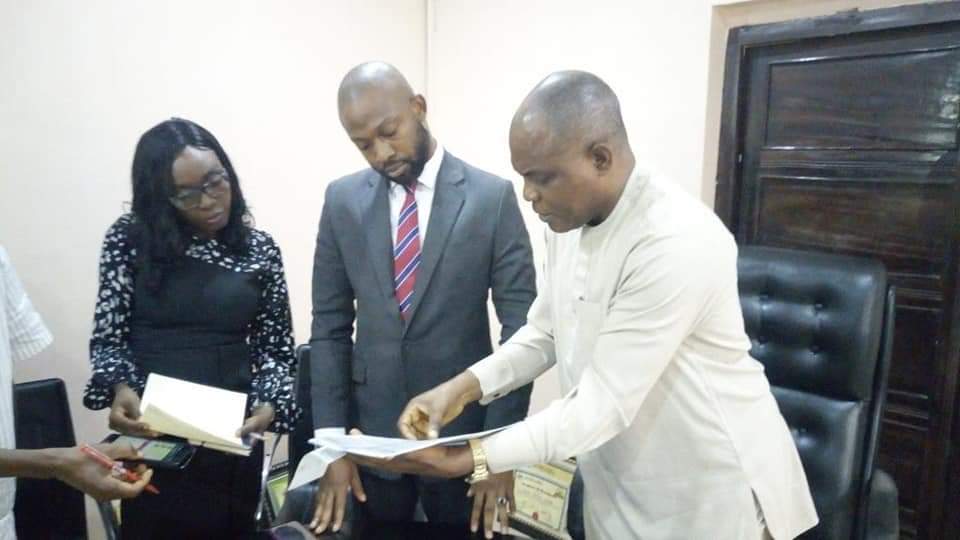 SAHARANEWS – The Managing Director of Peace Mass transit, Dr. Maduka Onyishi has returned a whopping sum of N2,219,500,000 which was wrongly paid into his account to First Bank.

Dr Onyishi who explained how he discovered the huge sum in his First Bank account said that he had requested for $3m from the Central Bank of Nigeria, CBN through Unity Bank PLC only to be paid $10m instead, which is about N3,219,500,000 representing an excess of N2,219,500,000.

“I told my bank to pay money into my account that I want to take 3 million dollars and they paid ten Million Dollars instead. I called them and informed them that the amount they paid to me was more than the amount I requested. They told me that the ten million Dollars was my money.

“I told them that they have failed to give me a statement of my account even when I have demanded for it severally. I discovered later that the amount was even more than what we are talking about because there was another person I asked the bank to pay money to whom they even paid extra.

“I made enquiries and they told me that I should wait until when it is time for banks to do reconciliation, they will discover whether the fault was from First Bank, Central Bank or Unity Bank. I waited for a whole month and no one called me. I told the devil that he is a deceiver and a liar. He knows that I need money now that is why this thing is happening now.

“That’s why I said, let me invite First Bank and Union Bank and also invite journalists. I said let me give the money to First Bank, if they find out that the money is mine, they should return it. If it belongs to Unity Bank or CBN give it to them. If it is your own, keep it. So I am giving this money to you to keep on trust

He called on the management of CBN, Unity Bank and First Bank to look into the origin of the money and such leakages could come with dire consequences for any commercial institution.

“I had sent emails to the bank to inform them of the wrong payment and they didn’t find anything. My account in First Bank was not debited so they did not see it. Unity Bank did not see anything because they just received the money.

ALSO READ:  Buhari Commends All Those That Delivered Bayelsa To APC, Tells The Unsatisfied To Go To Court

“Nobody knows if the money came through Central Bank because the money came through three organizations before it came to my account in Unity Bank. Why I am doing this is that if it is either First Bank Unity Bank or CBN that has this fault, they should as a matter of urgency block the loophole because this is a sign that people’s money have been missing everyday. It can also lead to a total collapse of any bank.

In his response, the business manager, commercial banking, First Bank, Mr Kokelu Ben said that, “I don’t have any official thing to say but I must state that Dr Onyishi is a man of Integrity. When we look in into the situation we will advise him on what happened and how to remedy this situation.”

IGBO PRESIDENCY: We Have Concluded Plans To Make It A Reality – Ohanaeze