Nigeria not running most expensive National Assembly, we get…

Russia trying to carry out a ‘permanent… 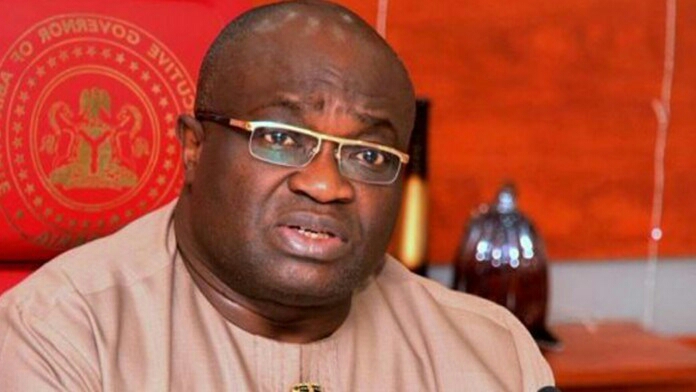 SAHARANEWS – Plot by the Independent National Electoral Commission, INEC, and Governor Okezie Ikpeazu to rig the 2019 general elections in Abia State has been uncovered by a group, “Coalition Of South East Youths For Buhari”.

The group in a letter addressed to Prof. Mahmoud Yakubu, Chairman of Independent National Electoral Commission, it said the PDP, State Government, some security agents and INEC EO’s have perfected plans, to use fake policemen to escort ballot papers to designated areas and rig the elections.

INEC Chairman, Yakubu
The letter which was sent to SaharaNews by the group’s State Publicity Secretary, Izuchi Nwachukwu, the group also advised security agencies to use their good offices to investigate the criminal activities of Abia State INEC EO’s in concert with the Abia PDP.

The letter reads in parts ABIA INEC IN A DANCE OF DEATH.

“The Abia State Independent National Electoral Commission(INEC) Electoral Officers (EO) are currently in a dance of death of democracy with the PDP. Based on the foregoing, our group has vowed to resist any form of rigging by PDP and Abia INEC in line with their certified plan.

ALSO READ:  Buhari Protecting His Regime, Not Nigerians, To Avoid Repeat Of 1985 – Odinkalu

We have credible information about the sharp practices going on currently within the EOs and the PDP in Abia State.

We are calling on you and security agencies to use your good offices and investigate the criminal activities of Abia State INEC EO’s in concert with the Abia PDP.

Sir, we have made the following observations and findings:

(1) The recently concluded training of Ad-hoc INEC staff for the upcoming elections has created a veritable source of rancour with ABIA INEC. This situation is replete across all the 17 LGAs in the State.

(2) This unease and rancour within the Commission has caused palpable rifts and bad blood between the REC and the EOs across the State. The EOs have bluntly refused to this release and submit the list of ad-hoc trainees to the Committee set up by the REC in Umuahia or to the REC himself.

(3) All the EOs are compromised in terms of integrity as neutral competent professionals. Their refusal to submit the list of ad-hoc trainees smacks of absolute suspicion, connivance and criminal intent to scuttle the electoral process.

(4) That the Abia PDP has perfected plans to rig the 2019 election starting from the Presidential and National Assembly elections which comes up on the 16th of February. The PDP are at the center of this impasse.

(5) That, the burning of INEC office in Isiala Ngwa last week was a deliberate and organised decoy to raise a false flag and steal the PVCs of citizens of Abia. Abia INEC EO’s in concert with PDP carted away the PVCs and set the building on fire with replicate PVCs to show that these cards were burnt in the inferno to confuse unsuspecting members of the public.

(6) That, the PDP, State Government, some security agents and INEC EO’s has perfected plans, to use fake policemen to escort ballot papers to designated areas and rig the elections.

(7) That they have also procured fake police uniforms for this purposes and these fake uniforms are currently warehouses by Governor Okezie Ikpeazu’s closest aides.

(8) That we, the Abia youths do not have confidence anymore on the INEC EO’s in Abia State. We demand in clear terms that the EO’s be changed and in their places, honest and God fearing professional Officers be appointed to work in their stead within three (3) days. Sir, We further demand for an overhaul of Abia INEC.

ALSO READ:  JUST IN: I won't put you in the other room, Atiku solicit for women's votes

The activities and romance between the EOs and Abia PDP is condemnable and unacceptable to us as a group. Sir, we shall stage a public protest in Abia and on the streets of Abuja if our demands are not met. We insist that we deserve a free, credible and transparent elections in Abia State.

Thank you Sir as we await your response.