There Would’ve Been No Nigeria Again If Buhari… 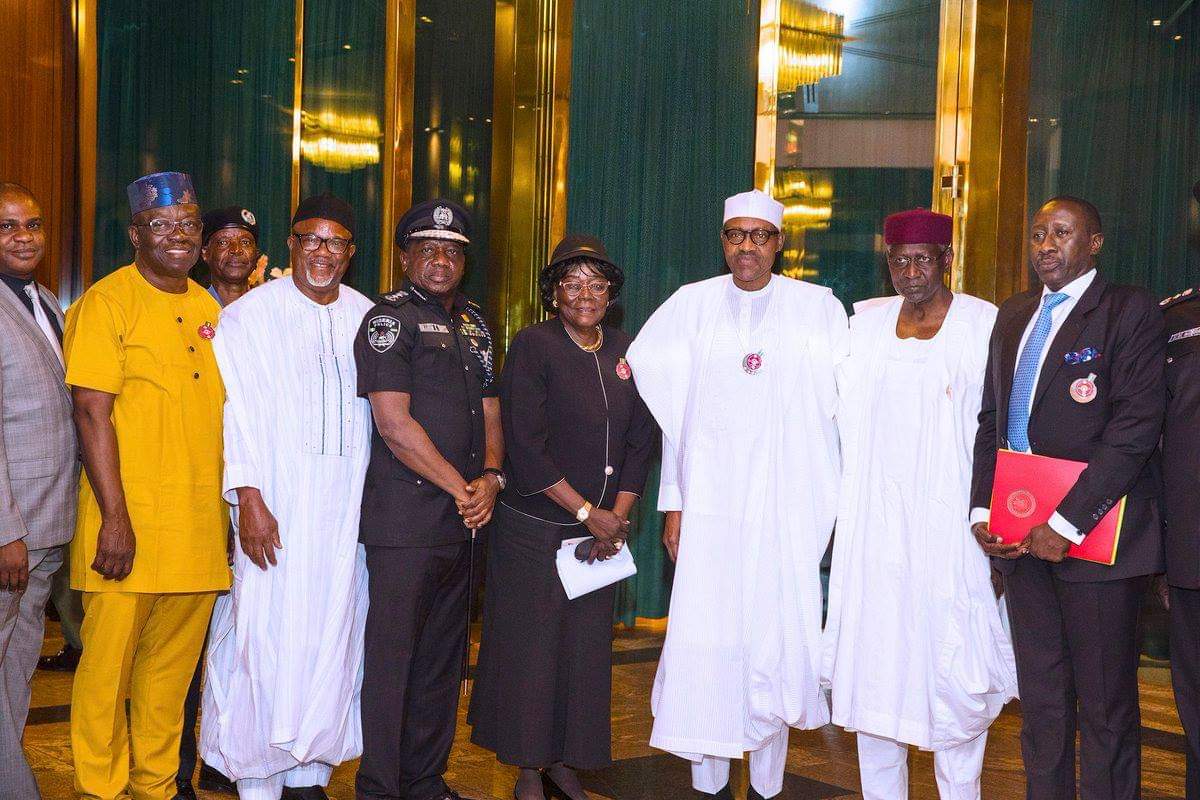 President Muhammadu Buhari Monday assured the Nigeria Police Force that his administration will continue to give attention to its welfare and operational needs with a view to restoring its lost primacy in the internal security framework of the country.

He gave the assurance following his approval of rank salary structure adjustment, by which salary, allowances and pension of policemen would be increased.

The President spoke on Monday during an audience with members of the Police Service Commission and the leadership of the Nigeria Police Force, who were on a visit to State House in Abuja.

He regretted that the inability of the police in their constitutional role as the frontline force in the prevention of crime had led to military involvement in the maintenance of law and order throughout the country.

“From Taraba to Sokoto, to the South-South, people don’t feel secure until they see the military,” President Buhari was quoted as saying in a statement by his spokesman,


Mr Garba Shehu.  “I am pleased to make the increase in salary and allowances in the hope that it will increase the performance index of the police and strengthen Nigeria’s internal security system.”

President Buhari noted that the more efficient the police is, the more confident the government and citizens will be.  He added, “The military should be reserved for higher tasks.

The police should be able to cope well with the challenges of armed robbery, kidnapping for ransom and such crimes.  “In every town and village, there is the presence of the police. From all these places, they should be able to forward first-class intelligence to you on which to act.”

There is a need to amplify the question of more men of the police, especially given the condition we are in – emergency in the North East, pervasive insecurity and abduction for ransom and banditry in many parts of the country,


He further congratulated the police on the success they recorded against “criminals taxing people and stopping them from their farms”.

The President, however, said the government expected more from them. Earlier, a full-time Commissioner in the PSC, Justice Clara Ogunbiyi (rtd), who represented the chairman, Musiliu Smith, had informed the President that the rank salary structure adjustment would enhance police welfare and morale.

The Inspector General of Police, Mr Ibrahim Idris, also assured President Buhari that the police would redouble efforts to ensure free, fair and credible elections throughout the country in 2019.