PYTHON DANCE lll: Pray that no Biafran life is lost in this…

Biafra: What God told me about Igbos in Nigeria — Bishop…

2023 elections will be under threat if fuel scarcity… 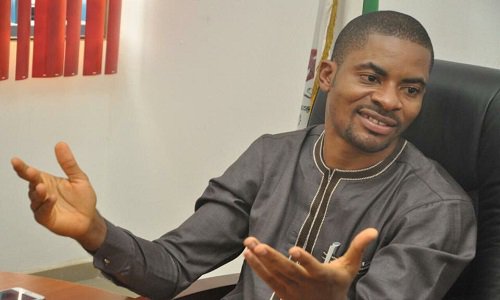 The police have detained an activist and Convener, Concerned Nigerians, Deji Adeyanju, for homicide for which he was reportedly acquitted by Justice Mohammed Haliru of the Kano High Court in 2014.

Adeyanju’s lawyer, Tolu Babaleye, said his client had been incarcerated for six days by the Federal Capital Territory Police Command.

Babaleye explained in a statement in Abuja on Monday that the activist was detained when he visited the FCT Police Command headquarters to retrieve his mobile telephone, which was confiscated after he led a rally against the police role in the political crisis that rocked the Akwa Ibom State last month.

According to him, despite denying the allegation and providing the Certified True Copy of the judgment, which acquitted and discharged him of the murder charge, the police refused to let him go.

The lawyer said, “Despite the statement, the police, instead of proving the guilt of our client, insisted on him proving his innocence by providing the Certified True Copy of the said judgment, which exonerated him of the culpable homicide allegation.

“Our client, who is sure of his acquittal, went out of his way to produce a copy of the judgment and served same on the Inspector-General of Police this morning (Monday) and a copy was also made available to the Investigating Police Officer at the Louis Edet House.

“On receiving the said judgment from us, the IPO made a statement that made us to be curious and to know that something was fishy, when he said the police wanted to revisit a case that had been decided by a competent court of law and which is now caught up with the long established principle of ‘utre fois acquit’, which makes the case a dead issue that cannot be reawakened.”

Babaleye queried the rationale for the detention of his client, noting that the police had restricted access to Adeyanju since he was clamped into the cell last week Thursday.

ALSO READ:  BREAKING:Biden administration will be full of scandal –Trump

He called on Nigerians to prevail on the police to respect the law of the land and release Adeyanju, whom he described as the voice of the downtrodden.

When contacted about Adeyanju’s detention, the FCT police spokesman, DSP Anjuguri Manzah, directed all inquiries to the force headquarters.

However, the Force Public Relations Officer, acting DCP Moshood Jimoh, did not respond to calls and SMS sent to his mobile telephone line.

JUST IN: FG Places Ekweremadu, Uzodimma and 26 others on travel ban

JUST IN: Corruption has become an official policy under PMB – Atiku.