(VIDEO) Another Fire Outbreak At The Popular Otowodo Market…

JUST IN: Police Confirm Abduction Of Traditional Ruler And Wife By Herdsmen In Enugu 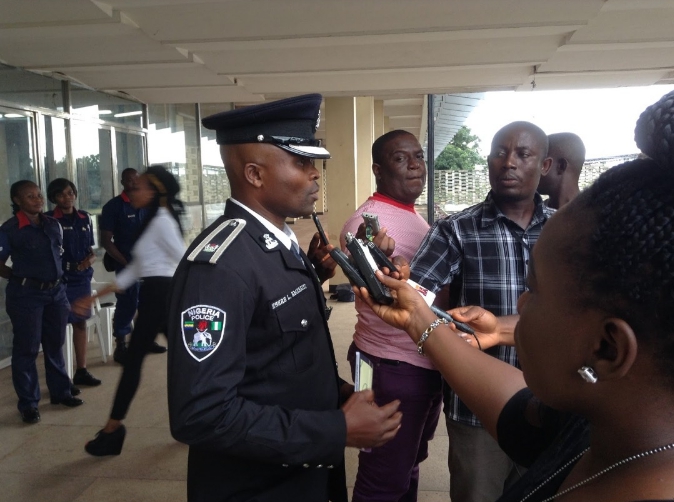 SAHARANEWS The Enugu State Police Command on Monday confirmed the abduction of the traditional ruler of Obom-Agbogugu, Awgu Local Government Area, Igwe Sunday Orji and his wife by unidentified gunmen.

However, the abductors have reportedly contacted the royal family, demanding a N50 million ransom.

Igwe Orji was reportedly kidnapped with his wife around Ogbaku before Agbogwugwu junction along Enugu-Port-Harcourt expressway while they were returning from a Thanksgiving Mass organised by the Bishop of Awgu Catholic Diocese, Most Rev. Ifeanyi Okoye for his aged mother, Ezinne Ekedimma Okoye, held at St. John’s Pro-Cathedral Church, Owelli Awgu on Sunday around 5:00 p.m.

Community sources told The SaharaNews that the gunmen came out of bush, shot indiscriminately into the air forcing the monarch to stop before he and his wife were whisked away with his wife.

One of the sources said the kidnappers had already contacted the Igwe’s family demanding N50 million ransom for their release.

The kidnapping of Igwe was coming barely three days after a Catholic priest, Reverend Father Paul Offu was murdered by yet-to-be-identified gunmen along Ihe-Agbudu road.

Confirming the incident, the state Public Public Relations Officer, Ebere Amaraizu, described the kidnapping of the monarch and wife as unfortunate.

Amaraizu, a Superintendent of Police, told our correspondent that the police has swung into action to rescue the traditional ruler immediately the command got information about his kidnap.

According to him,  a squad of policemen were already in the bush trailing Igwe’s.

Recall that SaharaNews had earlier reported that traditional ruler and wife were abducted by herdsmen in Enugu. Stay tuned for more updates.