Buhari Did Not Approve Increase In Petrol Price By One Naira…

JUST IN: Igbo Assembly kicks off against 2019 general… 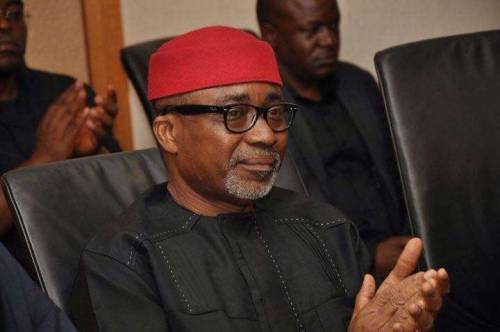 The Chairman of the South-East Senate caucus, Enyinnaya Abaribe has lambasted the Federal Government over its decision to proscribe the Indigenous People of Biafra,IPOB, under the leadership of Nnamdi Kanu and still keep adamant over the recent killings of Fulani Herdsmen.

The senator made this call at his residence in Abuja threatening to reinforce IPOB if federal government fails to proscribe Fulani herdsmen.

When we talk of marginalizing the Igbo people, this is a vivid show of it, you tag a group of people a terrorist group who don’t even have a gun, yet some group who have killed not less than one thousand people are walking freely, this must stop, ban them or the second coming of IPOB will loom war if touched or killed again.

I have received calls condemning me for my silent, this is time to defend the people that put us in power.

BREAKING: All Obasanjo said about Buhari are true, OBJ is the only true Nigerian among the elites – Rotimi Amaechi in another secret tape