Missing mother of two children found butchered and buried in…

JUST IN: I Know You Expects Much More From Us, Kindly… 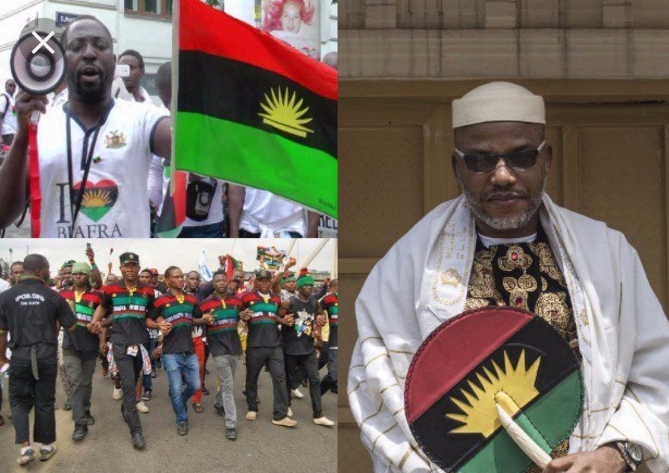 SAHARANEWS – The Indigenous People of Biafra, IPOB, via Radio Biafra has reacted to the accusation levelled against its leader by former Niger Delta Militant, Asari Dokubo

SaharaNews had reported that Asari Dokubo claimed that the leader of Indigenous People of Biafra, IPOB, Mazi Nnamdi Kanu is responsible for the assassination of popular Nigerian Prophet, Anthony Nwoko.

According to Asari, “Cleric Nwoko was allegedly assassinated by agents of Nnamdi Kanu to silence him because he opposed Nnamdi Kanu’s way of camouflaging under the biafra struggle to enrich himself.”

According to a statement made available to SaharaNews , IPOB said : “This is the clip of the contractor working hard to blackmail IPOB. Asari forgot that before he embarks in this kind of blackmail he should prepare himself very well hoping that he is coming to meet the almighty IPOB.”

“We meet problems head on, IPOB does not run away from enemies and since Asari has presented himself as an enemy to our collective survival we shall treat him as an enemy.

JUST IN: It’s Unfortunate That After 22 Months In The Senate, A Man Like Tinubu Still Lack Understanding – Saraki