JUST IN: Rivers People will end the dictorial tendencies of political Godfathers in 2019 -Gov. Wike 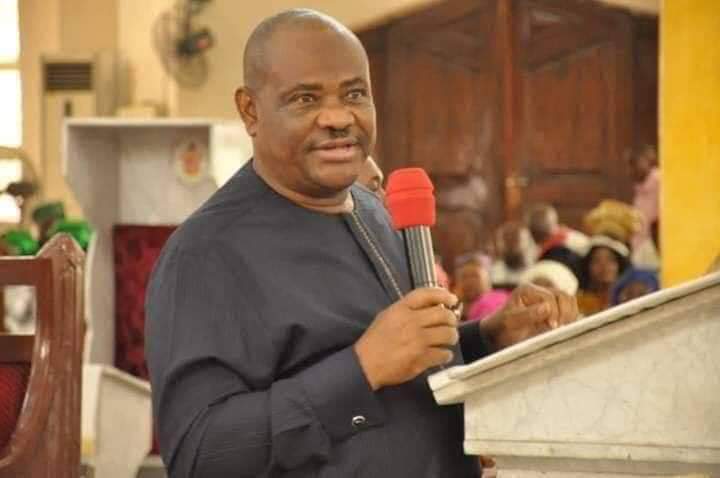 Rivers State Governor, Nyesom Ezenwo Wike has declared that 2019 General Elections will be used by Rivers people to put an end to the dictatorial tendencies of political godfathers.

Governor Wike also stated that Rivers politics cannot be controlled by any single politician, because it is not a State in the South-West where a political godfather has usurped the mandate of the people.

Speaking during the dedication of the 2019 PDP Campaigns at the Cathedral Church of Saint, Port Harcourt on Sunday, Governor Wike said if Rivers people allow political godfathers to succeed in planting their godsons, they will suffer the consequences.

“If you allow Rivers State to be like one of the states in the south-west, we will all suffer for it.

“Luckily for us, we don’t speak one language. Therefore, it is very difficult for any leader from an ethnic nationality to control the entire state. In that South-West state, a political godfather says something against a sitting governor and it happened.

“2019 will be the end of dictatorial tendencies in our politics”, he said.

Governor Wike prayed God to grant INEC and Police the courage to act in line with their constituonal roles during the 2019 General elections.

He said: “The Police should not be professionals in the rigging of elections. We will resist any attempt to rig the elections and the votes of the people must count”.

The governor urged Rivers people to be courageous as they work in unity towards the victory of the PDP in the state.

He said that the APC Federal Government can deploy soldiers to manipulate the 2019 elections, but they will fail as they did in 2015 and 2016 rerun elections.

Governor Wike said that the Rivers PDP Campaign will be issue based, relying on the achievements of the administration to convince the people for another mandate.

He said for every Local Government Area, his administration has planted key projects in line with the New Rivers Development Blueprint.

He said that the PDP decided to dedicate the campaign to God, because it is a tradition that has worked for the good of the party.

The governor called for three days of prayers by Christian Faithful for peaceful and credible polls. He warned politicians against promoting violence during the elections .

Dedicating the campaign to God, Methodist Archbishop of Port Harcourt, Most Rev Sunday Agwu said that one good term deserves another, adding that Governor Wike has performed credibly with the people’s mandate.

Archbishop Agwu said that people have come forward to thank God, so that he can give Rivers PDP the enablement to do more for Rivers people.

He said: “God has used Governor Wike and the PDP to touch the lives of the people and change their fortunes for the better. Governor Wike and his team have improved the infrastructural sector, health and educational facilities and also empowered the people”.

JUST IN: FG asks Army to vacate Daily Trust office, where about of the arrested editor and journalists still unknown.