Don’t touch Peter’s Obi. There is a grace following him that…

JUST IN: Now, We deeply regret all the gang ups against GEJ… 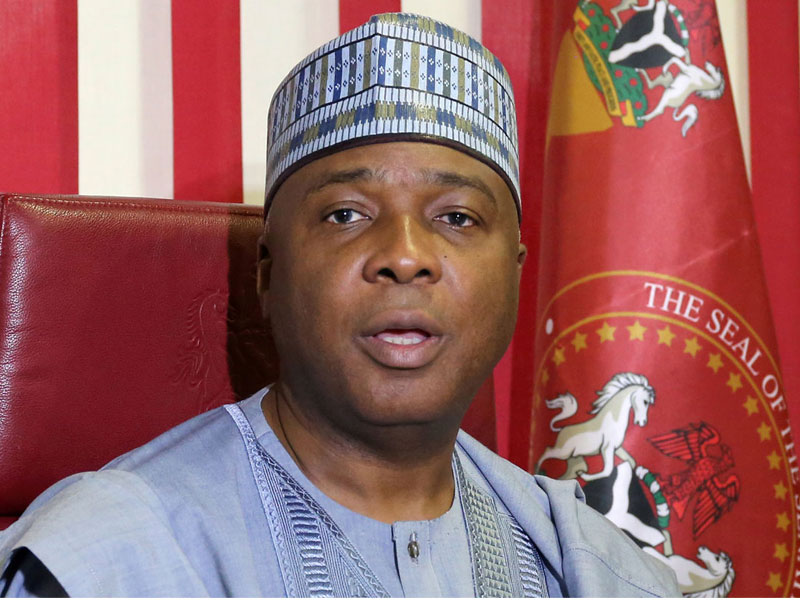 The Nigeria Police Force has said that the allegation by the Senate President, Bukola Saraki, that his life was in danger is false and an unwarranted attack on the Inspector General of Police, Idris Abubakar.

Recall that Saraki had alleged that the security agencies in Kwara were allegedly giving cover to some persons, who are unleashing violence on his supporters.

He noted that, “this latest round of violence is part of efforts to jeopardise and undermine my personal security and that of my immediate and larger family.”

But the Force, responding through a press release by its PRO, Jimoh Moshood, said that all the police personnel attached to Senate President and his office and family were intact and all the statutory security protection on him were also accorded him all the time and that there was no complaint from the Senate President before now to the police on this.

The release read in part: “The Nigeria Police Force wishes to categorically state that all the allegations in the statement of the Senate President are incorrect, misleading and false and should be disregarded and discountenanced by the general Public.

“The Force sees this unprovoked and unwarranted attack on person of Inspector General of Police by the Senate President as criminal defamation, hate speech and insulting.”

“As we speak, the situation report from Kwara State Police Command was that the APC holding a governorship campaign rally at Agbaji in Ilorin came under a sudden attack by suspected PDP thugs, who disrupted the rally, damaged five vehicles and some Keke Napep and wounded two innocent people. The family house of the Senate President was not attacked as being peddled in some social media

ALSO READ:  We may have 50% invalid registrants for 2023 polls because of court verdict, says INEC

“The attention of the Nigeria Police Force was drawn to a statement in the media on Friday, 11th January, 2019 credited to the Senate President on the recent political development in Kwara State where he raised allegations that “…the entire world to hold the IGP responsible if anything untoward happens to members of my family and myself and that the Inspector General of Police is after my life” as serially false and mischievous.

“The Nigeria Police Force wishes to categorically state that all the allegations in the statement of the Senate President are incorrect, misleading and false and should be disregarded and discountenanced by the general Public.

“The Nigeria Police Force did not give any protection to any political thug or shield any APC thug to go to the family quarters of the Senate President in Agbaji, Ilorin and vandalize houses, shops and inflict wounds with machete on three people as claimed by the Senate President.

“The Police did not equally receive any complaint or report of gunshot and wounding as claimed by the Senate President in other areas he mentioned such as Adewole/Adeta, Ile-otan and ubandawaki/pakata in Ilorin, Kwara State,” the press release read.