This is madness:Video Of Guy Drinking From A Lady ‘Tonga’…

JUST IN: Sen. Dino Melaye In Fresh Trouble As Witness Claims He Damaged 2 Police Vehicles While Attempting Escape From Custody 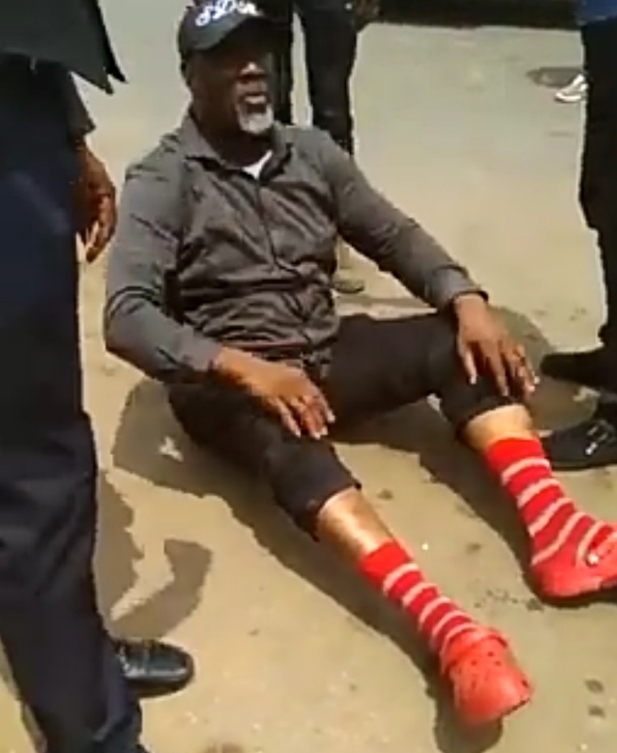 ASP Dennis Agbi, a member of the IGP Special Tactical Squad, the witness, made the disclosure while testifying in the ongoing case filed against Melaye which are; attempted suicide, attempt to escape from custody and damage to police property, Igbere had learnt.

Melaye, who represents Kogi West Senatorial District, is facing trial on a six counts of attempted suicide, attempt to escape from custody and damage to police property.

The witness informed the court that while on duty on April 24, 2018, a white-coloured Toyota Hilux with Registration No. MKA 603 GY, was brought for him to record as exhibit.

He further told the court that when he inspected the evidence, he discovered that the right headlight of the van and part of the vehicle bumper were damaged.

Agbi told the court that he marked the Hilux as exhibit NO. CER/STS/11/2018A in his records. The white-coloured Toyota Hilux with Registration No. MKA 603 GY brought to an FCT High Court.

He said that the second vehicle was a white Hiace bus with front right side mirror broken, and the left side back window glass, broken.

The witness told the court that the bumper CER/STS/11/2018B in his records.

After the inspection of the vehicles by the judge, they were admitted and marked as exhibits by the court.

The Prosecution Counsel, Mr Jovi Oghojafor, said that the Certified True Copy of the records of exhibit was not available to be tendered in court.

He further requested for an adjournment, to enable him to bring it at the next adjourned day.

Justice Silvanus Oriji adjourned the case until May 16, May 27 and May 28.