“We Have No Hand In The Video Where Insurgents… 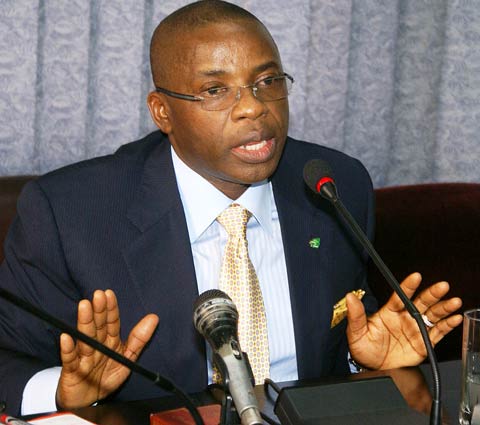 IPOB – A former governor of Imo State, Dr. Ikedi Ohakim, has cautioned Igbo leaders on the dangers of tagging the Indigenous People of Biafra (IPOB) a kidnapping organization.

Ohakim, the governorship candidate of Accord Party in Imo State, stated this while responding to questions from journalists on Thursday, after a town hall meeting in Owerri, the state capital.

A journalist had asked him what he thought about the allegation that the IPOB was a kidnapping organization and that it had plotted to kidnap some Igbo leaders, kill them or collect ransom.

Responding to the question, Ohakim recalled that his attention had been brought to the issue, wherein IPOB had been publicly accused of being a kidnapping organization, adding, that it was alleged that the organization hatched an elaborate plot to kidnap some top Igbo politicians and then either kill them or collect ransom.

A statement by Collins Ughalaa, Chief Press Secretary to Ohakim, quoted the former governor as saying: “While I am not a member of the IPOB and thus unqualified to hold brief for the organization, I make bold to state that it is the height of recklessness and insensitivity to publicly accuse the IPOB or anybody for that matter of being a kidnapper, especially in this case – of plotting to kidnap and kill top Igbo political leaders. Such a reckless and weighty accusation should not be bandied lightly as it carries the potential to yet again make the IPOB the target of another lethal and extrajudicial security operations and portray its members and leaders in more bad light.

“It is enough that the IPOB has been mired in fighting legal, political and diplomatic battles to get de-listed as terrorist and proscribed organization”.

He recalled that it was similar weighty accusations and demonizations that helped create the hostile environment which subsequently led to the listing of IPOB as a terrorist organization, its proscription and ultimately, Operation Python Dance 2, which led to loss of lives.

He cautioned Igbo leaders about their public statements, saying: “Thus, as we deal with the emotions of the oncoming 2019 elections and our political disagreements in Igboland, we must refrain from reckless statements that are capable of exposing our people (the electorate) to unnecessary risks.

“If anybody has any actionable intelligence or information that a criminal activity is afoot, such should be discreetly reported to the security agencies for proper investigation.

“Levying public accusations of criminality without any scintilla of evidence is as dangerous as it is hardly effective in investigating or combating crime. It is worse when such accusations emanate from high officials who are possessed of the vantage position to know better”.
https://www.ripplesnigeria.com/kidnapping-ex-gov-ohakim-defends-ipob/amp/?__twitter_impression=true

JUST IN: Nigeria may not exist beyond 2019 if Buhari wins – Justice Ahamba